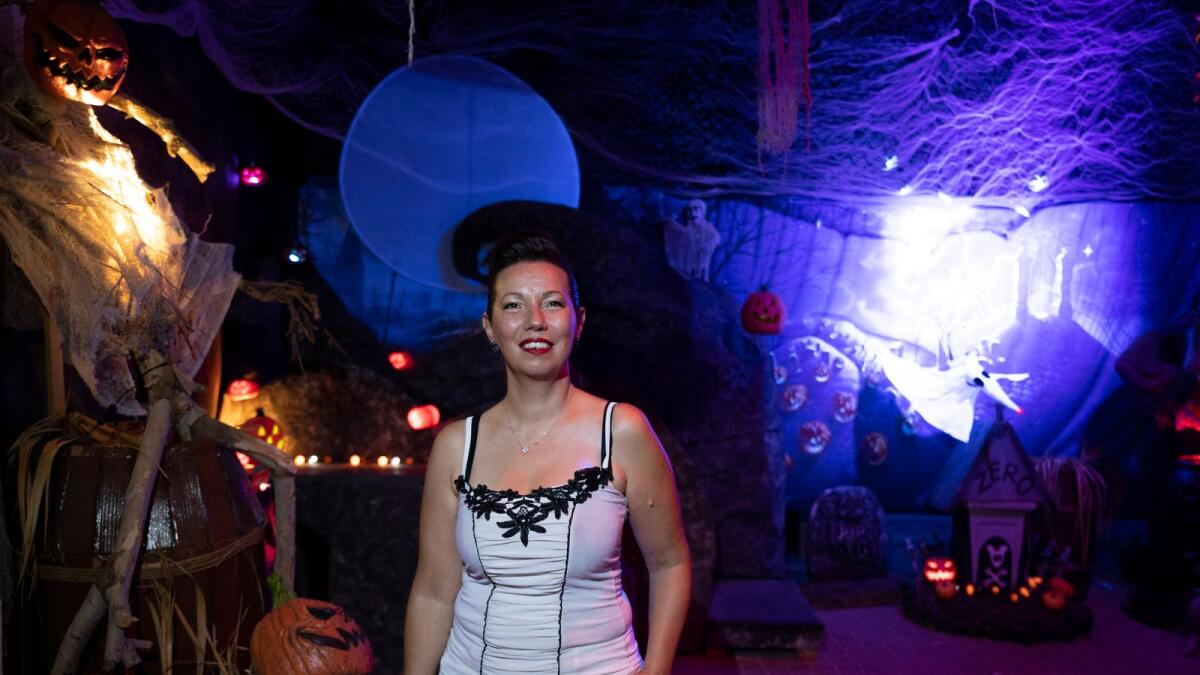 By Nandini Sircar; Illustrations of Shihab

Halloween may be a one-day affair for many, but the Dubai resident – who takes the day to heart – has been working over the summer to get his ‘house of horrors’ up and running. And he does it year after year!

Meet Christine Quartier La Tente, a resident of Springs 5, who toils during the summer months to transform her garage into a beautiful place every October 31. She says she spends around Dh5,000 on various items, using recycled materials. to enhance the whole experience.

La Tente’s labor of love – and thought-provoking themes – is all the rage in its neighbourhood. And every Halloween his house turns into a magnet for family and friends – and his many little fans in the neighborhood.

Christine, who is working alone to repair the massive structure from scratch for D-day, says: “It takes anywhere from two to three months to build this structure, depending on its complexity. The French expatriate, a self-taught creator, is the mastermind and genius. of the unique themes he displays in his garage. Every year, he dreams up absurd themes to transform his garage through room themes, and lots of creativity. Fake ghosts, meme actors, Halloween projection screens, bugs and pop culture , all unfold in the week leading up to October 31, when his garage transforms into ‘someone else’s house.’

Talking about this year’s theme, he told Times of Khaleej: “My husband and I wanted to explore Tim Burton’s films. We love his art, and I realized that a lot of people don’t know about it. A Nightmare Before Christmas, a movie about Halloween. The scenes in this film are poetic and I am showing this at my bus stop so that everyone can relate to the film while walking around.”

Complete with tombstones, scary skeletons, megabats, spider webs, loads of shivers and chills, visitors will get a first glimpse into the world of the night and how animals find their way in the dark. 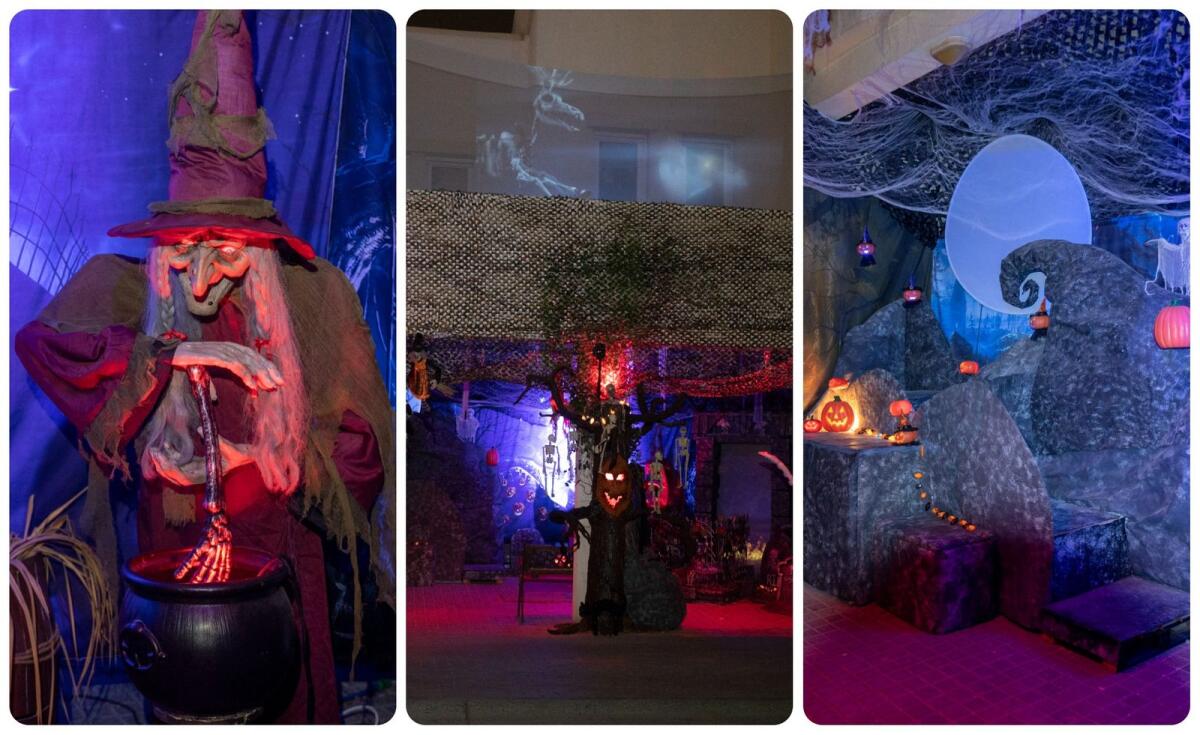 Working mostly with recycled materials that she collects throughout the year, Christine says her friends and neighbors collected and donated discarded materials to develop her Halloween artwork. “All the tiles of the tomb are made of frozen food boxes and lids… Midday boxes.

“Then the base of the tomb is made of styrofoam. It is painted and I put a stone effect on it. For the stage we have a spiral hill and a moon – it is the main part of the movie. I wanted to create it so that people can recognize the film, and so that children can go on the stage and taking pictures with their families.

“I’ve gone from putting up simple decorations over the years to making a full storyboard now,” she said.

Pointing to the ‘wizard’ standing in front of the pot, he said: “Last year he was a pirate. I put on a beard and made it look very masculine. You have to use your imagination to recycle the same things year after year. I look at the market to see what the lowest price is. , but (despite recycling) I need to keep at least Dh5,000 to buy new things,” said the one-time luxury model. She adds, “I don’t do too much horror because I don’t want to scare the kids. I keep classics, pirates , vampires, ghosts and pumpkins.

Christine lingers long in the summer heat, sometimes just going for a quick grub. For her, the most rewarding part of this labor of love is the shows on the faces of her family, friends and little ones who come decked out in their nightly magic. “People come dressed in really good vibes and enjoy the decor, and they own it. This is what I’m most proud of,” said Christine.