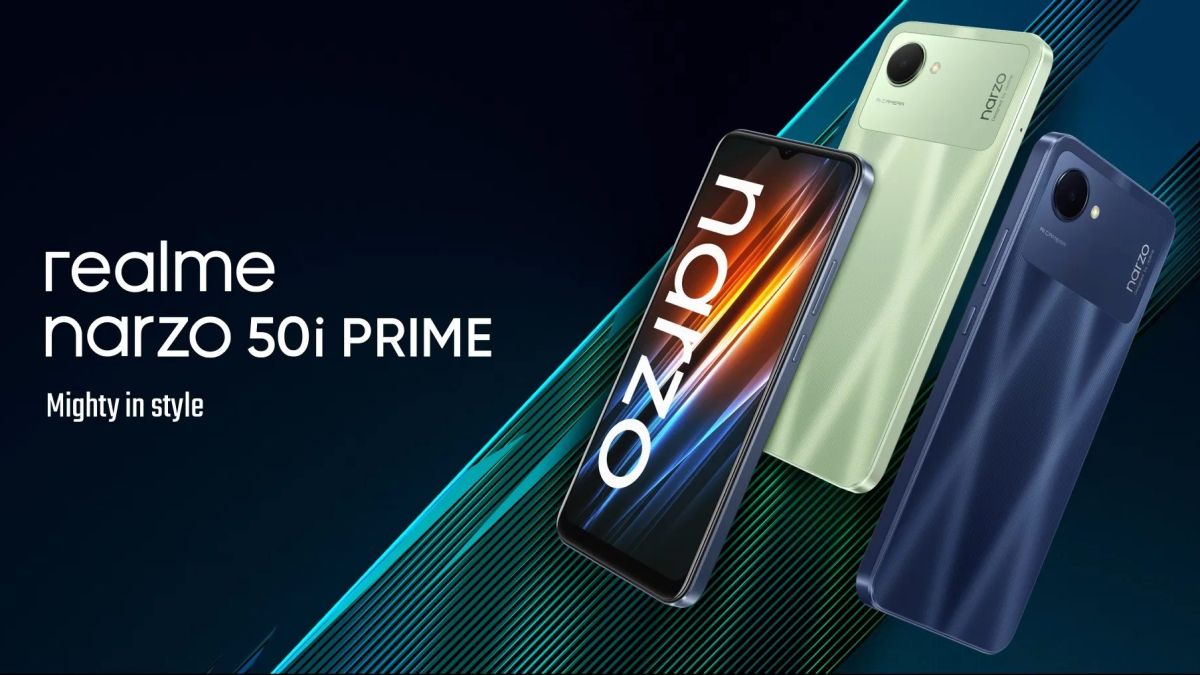 Realme has launched a new budget smartphone Realme Narzo 50i Prime in India. It launched globally in June, and now the phone is available in India starting at Rs. 7,999.

The phone is available in two colors: dark blue and mint green.

The Realme Narzo 50i Prime features a new stage light design on the back, a welcome addition that shows that Realme has now started using the unique design again on the phone. The single-camera array looks good, and the design reminds us of Poco phones.

Like most other budget Realme phones, this one has the same 6.5-inch HD+ LCD. It comes with a waterdrop notch and has a brightness of 400 nits.

It’s powered by the Unisoc T612 SoC, the chipset we’ve seen in the Realme C30 (opens in new tab). This phone is a rebrand of that phone. The chipset is comparable to MediaTek chipsets in this segment, such as the Helio G70 and Helio G80.

On the back is a single camera, an 8MP camera. There’s also a 5MP selfie camera.

A 5,000mAh battery powers the phone and is powered by a 10W charger. There is no fingerprint scanner on the phone. However, it comes with a 3.5mm headphone jack and MicroSD card slot.

Good option on a budget

All budget Realme phones share many parts and features, and this phone doesn’t have any standout features compared to other phones in Realme’s portfolio and other smartphones in this segment. The new stage light design is the distinguishing feature and it is very unique compared to other products.

But beyond that, the phone offers one of the best specs for the price. It’s as powerful as you can get from a phone in this segment. As we mentioned earlier, the Unisoc T612 SoC is comparable to the MediaTek Helio G70 and MediaTek Helio G35 SoCs in terms of performance. We’re glad Realme used this chipset instead of the lower-end Mediatek Helio G35 or even the Mediatek Helio A25 SoC.