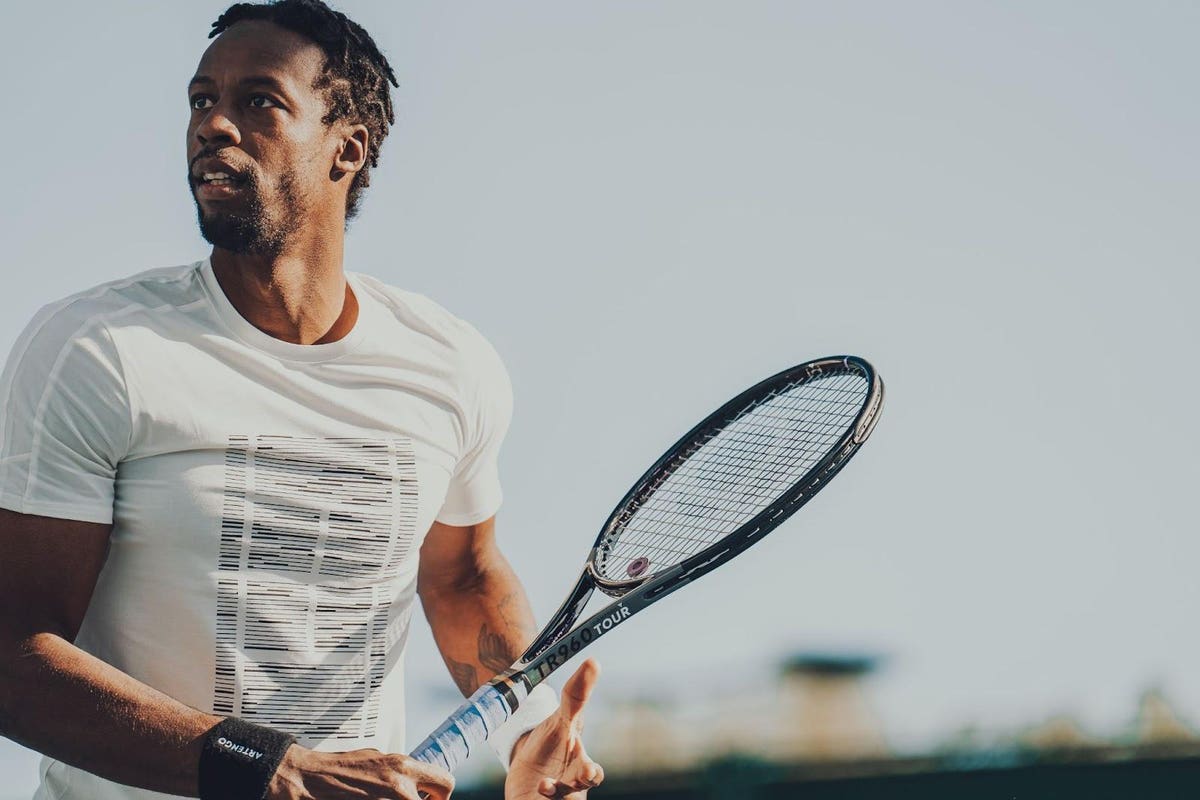 Gaël Monfils has taken his tennis equipment sponsorship in a decidedly French direction in 2022, signing with Decathlon’s tennis brand, Artengo, for all his equipment, including clothing, shoes and racquets. Artengo has since released the new TR960 Control Tour, the Monfils racquet put its name behind it.

Touted as a control-oriented frame, Artengo’s latest entry into racquets is one of the brand’s most professional. Ever since Decathlon, the France-based sporting goods retailer, launched Artengo in 2006, it has offered gear focused on affordability, often with entry-level pricing and technology for tennis players. The brand believes it has married both affordability – the TR960 Control Tour is priced at $159 – and pro-level technology with Monfils-backed design.

“His racquet is the same as the one offered to consumers,” says Fabien Belfils, tennis sports manager at Decathlon. “Gael’s racquet uses the same components and materials used for all Artengo racquets on the market.”

The 10.8-ounce TR960 features low stiffness – it has a stiffness index of 65 – and a consistently thin beam to bolster control-focused features. The 98-square-inch design comes in both a more powerful 16×19 string pattern and a more control-focused 18×20 version.

According to Belfils, the brand’s MPO technology, Mass Polar Optimization, distributes mass within the racquet’s frame for the optimal balance of maneuverability and impact stability, a technology common to all racquets. Artengo ranges. The flagship nature of the TR960 also features an eyelet movement encouraging rotation.

Belfils says part of reducing product costs is limiting sponsorship partners and being large enough to control the entire supply chain, from product creation and distribution to the consumer. .

Before Monfils agreed to its deal with Artengo, Belfils says Monfils blind-tested different racquets from different brands. “It was then that Gaël and Artengo decided to join forces”, says Belfils.

“It’s a new adventure, a new page, a new chapter to work with Artengo”, says Monfils. “Working with people who are motivated and passionate about your sport is a great pleasure.”

When designing the TR960, which launched to consumers in August, Artengo designers applied “minor tweaks” to match Monfils’ expectations and worked with the French tennis star to align the main color and the purple accents on the racquet to his liking. The only difference between the racquet used by Monfils and the one available to consumers, according to Belfills, is a cosmetic that includes a specific logo and quote placed on the frame.

“For me,” Monfils says, “it’s more than a partnership.”