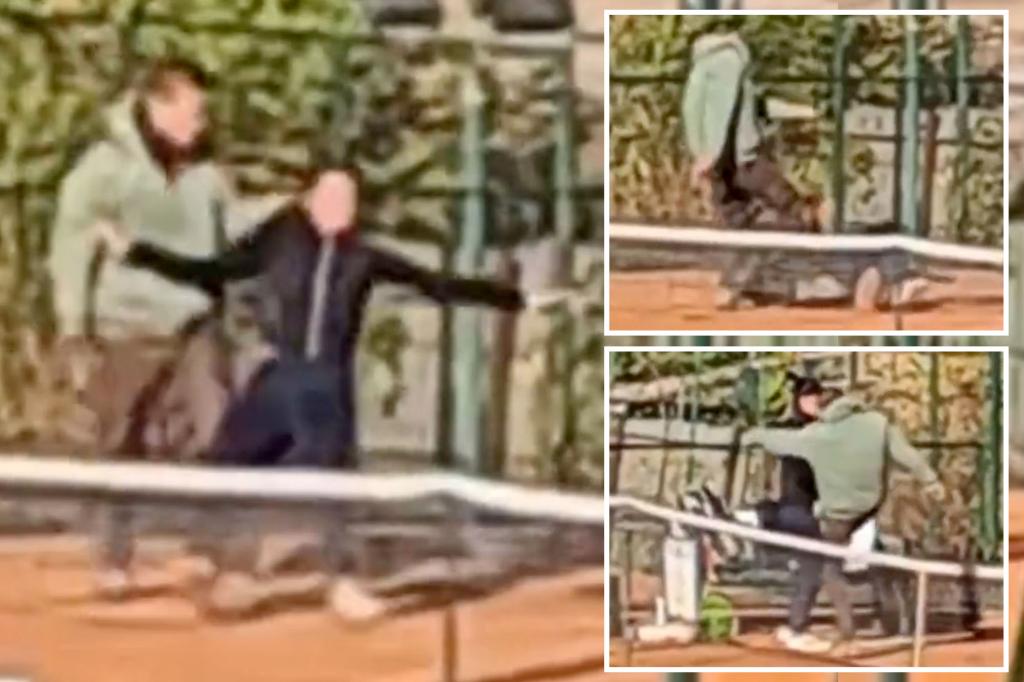 The tennis world has been horrified after a video emerged of a young tennis player being brutally assaulted after a training session in Serbia.

The graphic video shows a 14-year-old player being kicked and slapped by a man, believed to be her father, before being knocked to the ground and punched repeatedly.

The video was posted by anti-violence lawyer Igor Juric, who believed the horrific incident was the result of a bad training session.

“Another brutal (act of) violence from a father against his daughter. I have been informed that this is a family from China. We will also file criminal charges against this monster,” he wrote above the video.

“I can say I’m slightly shocked, regardless of the many terrible things we’ve seen, it’s left the strongest impression so far,” Juric said, via Sportskeeda.

“The reason for this violent behavior is said to be that one of the coaches, who was working with her at the time, allegedly said that she was not trying hard enough and that she did not want to move, that is. – say do what he was told. his. Apparently that was the reason for this crude and brutal violence that occurred.

Juric said he was aware of the couple’s identity and would file a criminal complaint, adding: “They are Chinese citizens, but I can’t tell you how many others live in Serbia. What I know is that the violent father does not speak the Serbian language.

Belgrade’s Interior Ministry confirmed that officers from the Palilula police station identified and arrested a Chinese national believed to be the man in the video.

The tennis world reacted in shock to the video, with players blasting the act.

“OMG we all need to report and press charges against this kind of horrific abuse,” she wrote on Twitter.

“Let’s ask @DjokerNole to help us behind the scenes. We all need to work together to end the abuse. Igor thank you for doing your part.

Australian tennis player Daria Saville posted: “This girl is gonna be broken forever. If you think someone is being physically or mentally abused, please support them and encourage them to talk to someone who can help. Offer to help them find a local domestic violence agency or offer to go to the police.

World number 12 Paula Badosa wrote: “This is crazy!!!!! The worst thing is that this is not the only case in our sport. People put their f… frustrations on the athlete. fed up! Please report it! Lots of encouragement to her, I’m heartbroken right now…”

Former Aussie star turned commentator Rennae Stubbs added: “Wow disgusting!!! Sadly it happens ALL THE TIME but unfortunately we don’t have it on film. Anyone who abuses their children is just a point of sale.

Former World No. 1 Victoria Azarenka commented: “I don’t know who this person is, but what is it?!? People filming for so long without intervening, an absolute shame. And it happens so much, we have to be accountable. Please report who this person is if anyone knows.