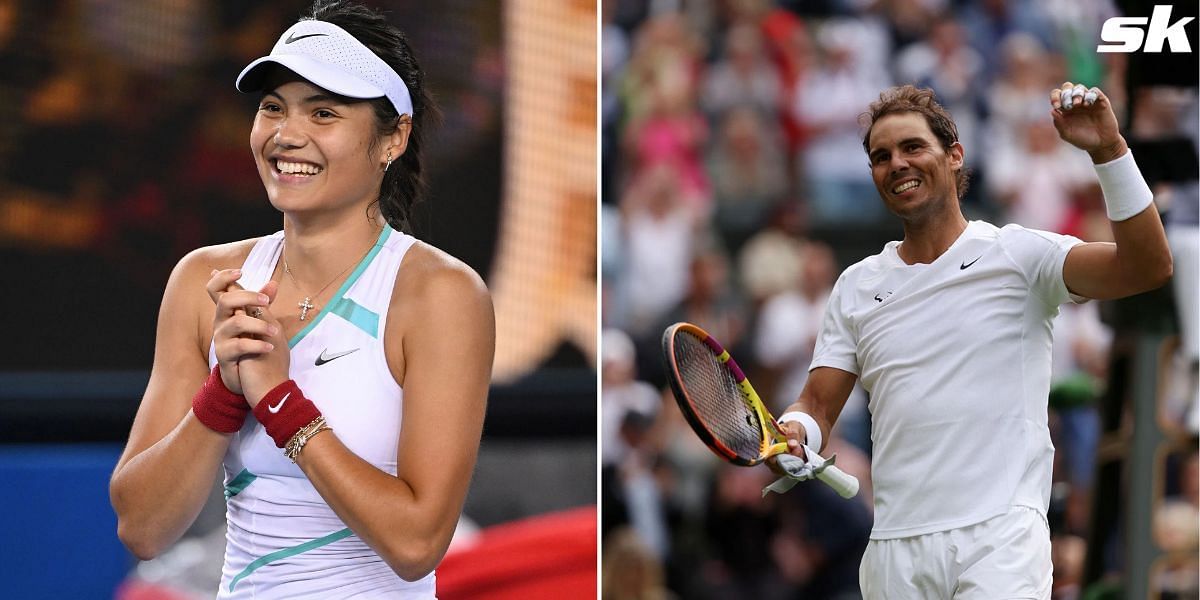 Emma Raducanu will travel to Romania for the second edition of the Transylvania Open next week. Rafael Nadal, along with Novak Djokovic, is on the entry list for the next Paris Masters.

Carlos Alcaraz is the latest player to be confirmed for the Mubadala World Tennis Championships in December. Petra Kvitova, meanwhile, looked headed for a quick exit in Ostrava but managed to come out on top to defeat Bernarda Pera in the first round.

World number one Iga Swiatek has announced that she will not represent Poland at the Billie Jean King Cup later this year due to scheduling conflicts. Here is a summary of the day’s headlines:

Emma Raducanu confirms her participation in the next Transylvanian Open

US Open 2021 champion Emma Raducanu will compete in the Transylvania Open next week, as confirmed by the Briton herself. She also participated in the inaugural edition last year and qualified for the quarter-finals. It will take place from October 10 to 16.

She promised she would come back and that’s exactly what she does. I can not wait to see @EmmaRaducanu play again in Cluj!

How do we feel about this, Emma fans?

She promised she would come back and that’s exactly what she does. I can not wait to see @EmmaRaducanu play again in Cluj! 😍 What do you think of this, Emma fans? #TO2022 https://t.co/g4Iy8kXLaD

Raducanu is currently participating in the Ostrava Open and will play her first round match against Daria Kasatkina on Tuesday.

Not much is known about Rafael Nadal’s upcoming schedule as he is awaiting the birth of his first child and dealing with injuries. However, seeing the Spaniard’s name on the entry list for the Paris Masters gave his fans hope that he could return to the circuit sooner rather than later.

This does not necessarily mean that Nadal will participate in the tournament. Novak Djokovic, Carlos Alcaraz, Casper Ruud and the rest of the top 10 are also on the entry list for the final Masters 1000 of the season.

Carlos Alcaraz will participate in the Mubadala World Tennis Championships

World number one Carlos Alcaraz will travel to Dubai to compete in the Mubadala World Tennis Championships. The exhibition will take place from December 16 to 18. Emma Raducanu and Ons Jabeur are also expected to participate, with more players to be announced in the coming days.

Petra Kvitova defeats Bernarda Pera in the first round in Ostrava

Two-time Wimbledon champion Petra Kvitova’s campaign in Ostrava was about to end in the first round itself. She won the first set despite a small stumble towards the end. The Czech’s level dropped soon after and she lost the second set.

World No. 1 Iga Swiatek will not be available to represent Poland at the Billie Jean King Cup this year. The tournament will take place directly after the WTA Finals, in which she also participates. Not having enough time to rest and recover, the Pole criticized the tournament schedule and felt sad about having to make this difficult decision.

Swiatek also said that she will talk to the WTA and ITF about it to find a solution for the same.