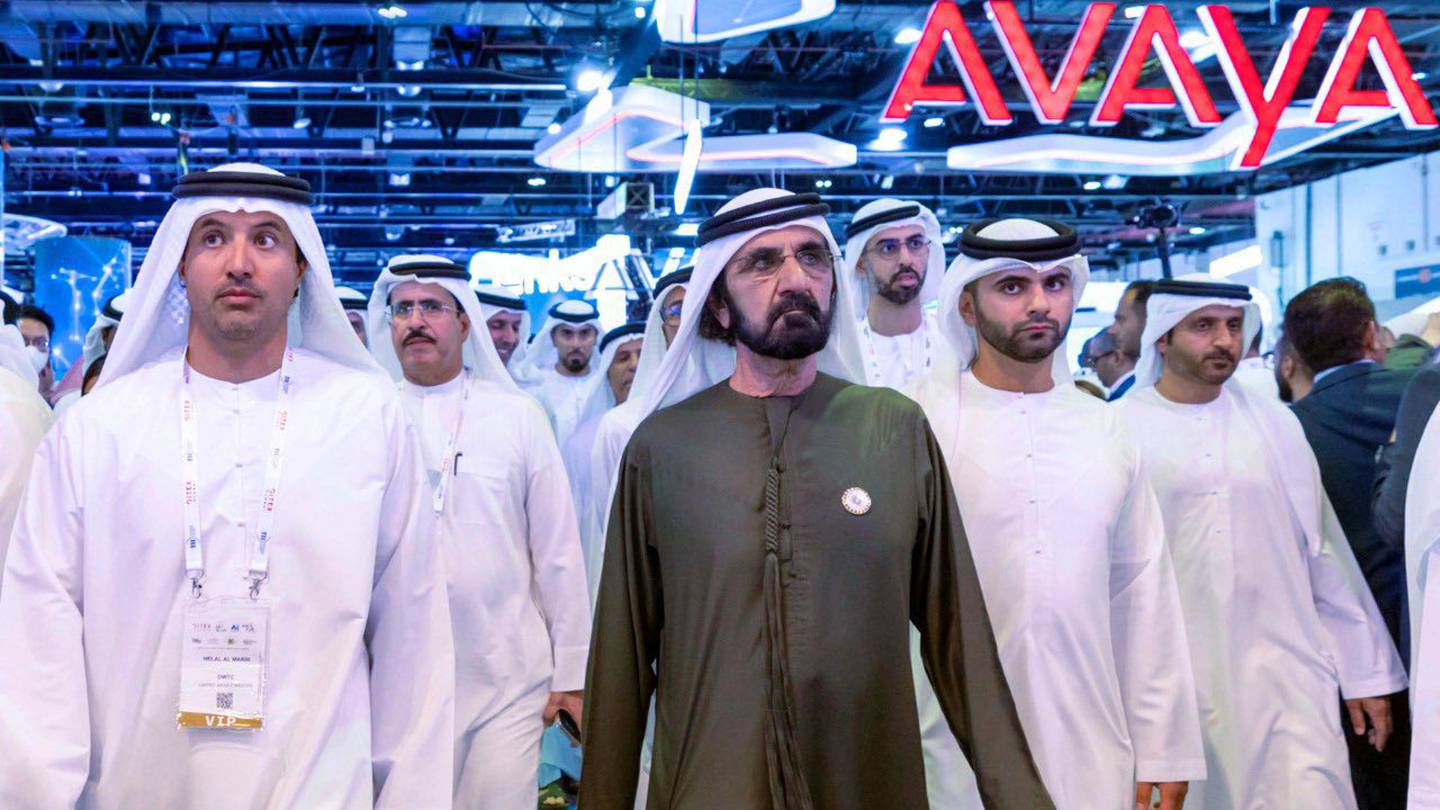 Sheikh Mohammed bin Rashid said the world is ready to usher in a “historic” new technology-driven era after visiting Dubai’s Gitex 2022 on Tuesday.

The Vice President and Ruler of Dubai said his visit to the major technology show showed how the knowledge-based economy would lead in the future.

He spoke of the need to invest in the “most important wealth” of data to thrive on the global stage.

Sheikh Mohammed has hailed the five-day event – held at the Dubai World Trade Center – as “the world’s largest technology exhibition”.

More than 5,000 companies from 90 countries are ready to showcase their top-notch innovations.

“A quick tour of existing global technology companies proves that humanity is at a historic step towards a future dominated by technology,” Sheikh Mohammed wrote on Twitter.

“And its economy is built on knowledge … and its most important wealth is in data.”

“The largest-ever edition of Gitex Global places Dubai at the forefront of cities opening new horizons for innovation and shaping the future of technology,” Sheikh Mohammed added in a statement carried by the state news agency Wam.

“Dubai will continue to be a city where the world’s brightest minds come together to explore new possibilities and build a brighter tomorrow.

“We have established strong partnerships with global innovation-leading global technology companies to make our vision a reality. The global entrepreneurial success stories that have emerged from Dubai demonstrate its ability to provide a solid foundation for technology innovators to turn their promising ideas into reality.”

“Dubai will continue to adopt the latest technological advances to advance its vision and strategy to enhance human happiness and well-being.”

Sheikh Mohammed noted the number of booths on display at the exhibition space, including industry leaders such as Microsoft, Cisco and Huawei.

With a 25 percent increase in exhibit space from last year, organizers said 52 percent of exhibitors were new to Gitex, including global technology companies Binance, AMD, Tencent and ByteDance.

Inside the RTA stand at Gitex Technology at the Dubai World Trade Centre. All photos: Leslie Pableo of The National