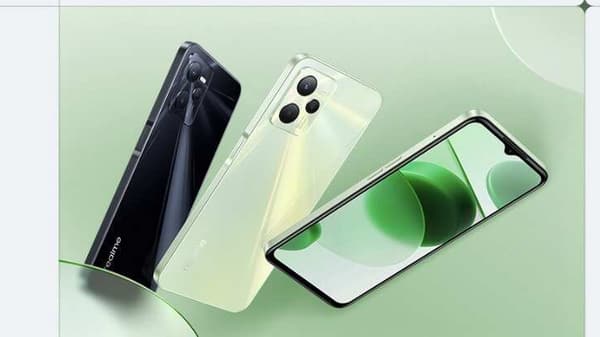 Realme has announced a new smartphone under the budget series. The new smartphone will be called Realme C35 for the affordable C series. Realme C35 will be launched in India on March 7. Realme says the Realme C35 is touted as an all-rounder smartphone, showcasing a refreshing design, immersive display, large battery, powerful performance and great camera quality. This time, the Realme C35 has set a new benchmark with several “series-first” features.

The Realme C series is the brand’s prestigious entry-level range, always offering cutting-edge features at affordable prices. For the first time ever, Realme will bring a flagship camera experience in this segment.

“The realme C35 will be equipped with a 50MP AI triple camera, allowing users to capture delicate and delicate images. It also features the first FHD 6.6-inch screen in the Realme C series lineup. The Realme C35 is also the thinnest and lightest in the C series A smartphone with a body thickness of 8.1 mm and a body weight of only 187 grams,” said Realme.

The Realme C35 comes with Android 11 out of the box and a 4,500mAh battery with the standard charger in the box.

Apart from the C35, Realme has also released the 9-series smartphones for the Indian market. There are likely to be two new smartphones from the non-Pro smartphone lineup. It will launch on March 10 along with a new smartwatch and new earbuds in the form of a necklace.

At MWC 2022, Realme unveiled a 150W charger and GT 2 Pro smartphone with a Snapdragon 8 Gen 1 chipset. Apart from this, Realme has also announced a new smartphone called GT Neo 3. This new smartphone is planned to be powered by MediaTek’s newly launched Dimensity 8100 chipset.

As a budget phone, the Realme C35 is expected to be available in 2GB and 3GB RAM options, still priced below rupee8,999. It is expected to be launched on Flipkart and the company’s website alongside offline retailers.