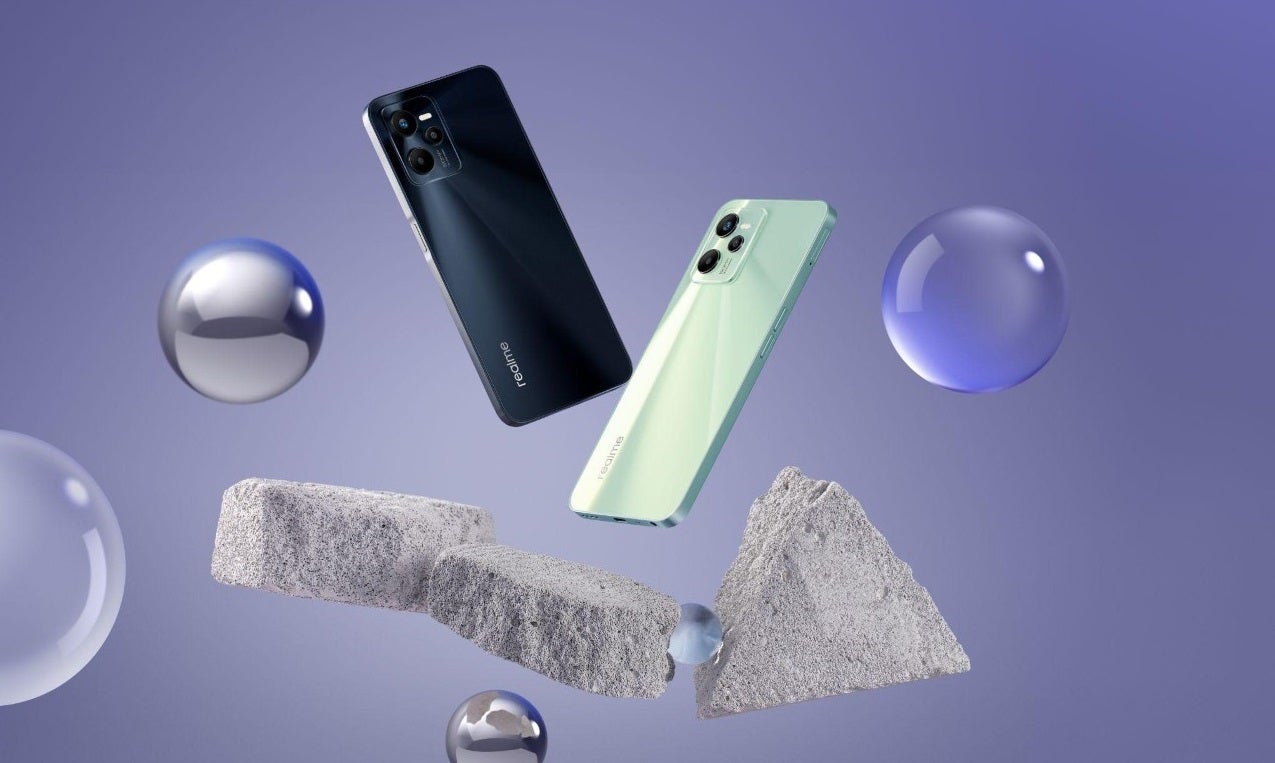 Realme has launched two entry-level smartphones, the C31 and C35, which have some impressive specs despite their low prices.

Fresh off the impressive Realme GT 2 Pro flagship, the brand has now announced the release of two budget phones in the UK, but still offer some pretty enticing price specs.

The standout specification of the Realme C35 is undoubtedly the main camera sensor, which has a 50-megapixel resolution and a f/1.8 aperture, the same features found on the Realme GT 2 Pro. In addition to this, it is also equipped with an f/2.8 black and white camera dedicated to portrait shooting, and an f/2.4 macro lens with a 4cm depth of field.

Realme isn’t too confident about the looks of the phone, claiming that it “aims to be the most stylish entry-level smartphone of 2022.” You can judge that, but it’s only 8.1mm (actually “the thinnest phone in the segment”), and it’s available in luminous black or luminous green. The screen size is 6.6 inches with Full HD resolution (720p).

The chipset is the Unisoc T616, and this phone is actually the first to run on it. The battery capacity remains at a healthy 5000mAh, and 18W fast charging apparently delivers a 50% charge in 49 minutes.

The cheaper C31 has a 13-megapixel main camera, as well as a black-and-white portrait lens and a macro lens, and a 5-megapixel selfie camera in the screen notch.

The display measures 6.5 inches, again offering a relatively slim body for the entry-level market, measuring 8.4mm. The C31 runs on a Unisoc T612 processor, while the device’s battery also has a 5000mAh capacity, backed by a 10W charger. It will be available in two colors: light silver and dark green.

From April 12 to April 18, both devices will be on flash sale on Realme’s UK website.