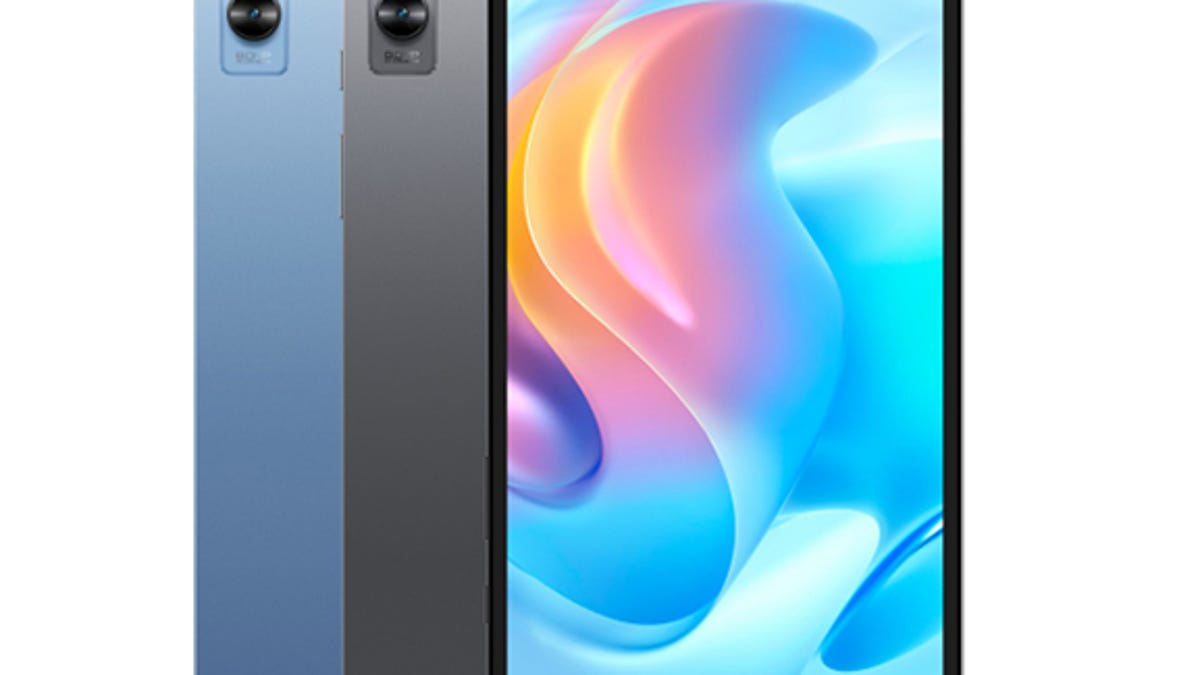 The smartphone maker and former Oppo sub-brand Realme has two Android tablets in its portfolio. A few months ago, I checked out the 10.4-inch Realme Pad and found it to be “a powerful, affordable 4G Android tablet.” Now we have the smaller 8.7-inch Realme Pad Mini, a potential competitor to Apple’s 8.3-inch iPad Mini, Amazon’s 8-inch Fire HD 8, and maybe even a dedicated ebook reader, thanks to its reading mode display setting.

It’s worth noting that at the time of writing, the Realme Pad Mini only ships to Belgium, Germany, Luxembourg, the Netherlands, and Portugal. However, I expected this to change when I was sent to the review unit in the UK. However, Realme products are not officially released in the United States.

Realme can sometimes play fast and loose with phone design — remember the gray-green GT Neo 2 or the moniker Realme 8 Pro, for example. But the Pad Mini, like its larger sibling, looks and feels more traditional.

Most of the back panel of my review unit is gray, with a light gray strip along the shorter edge at the top and tail. There’s also an equally demure blue version, but if you want LTE, you’ll have to settle for gray. The rear camera is neatly tucked into one corner, and the Realme branding is subtle. The tablet measures 211.8mm x 124.5mm and is 7.6mm thick. At 372 grams, it’s a bit on the heavy side — probably because of the large (6400mAh) battery.

Aluminum is used for the back panel, which brings real sturdiness to the tablet, and extends to the edges. One long side houses the power button and volume rocker, while the SIM card holder (if specified) is on the other side. You’ll find the USB-C charging/PC connection port and a speaker grill on one short edge, and a second speaker grill and a 3.5mm headphone jack on the other.

The screen offers a larger viewing area than a phone, while being easier to fit in a bag than a regular-sized tablet. Even so, the “mini” tablet form factor was never really at its best, both for professionals and consumers.

Look: Best 5G phone: Which flagship comes out on top?

Realme is trying to get the mini-tablet format going in the right direction by adding three reading modes in addition to the standard mode. Eye Comfort removes blue light, Dark Mode replaces white backgrounds with black, and Reading Mode pushes the screen into a grayscale palette. You can also choose standard, warm and cool colors for the regular color palette.

Unfortunately, these various options and settings can’t be set to launch on a schedule or when a specific app is launched, although eye comfort, dark mode, and reading mode can be toggled in the drop-down quick settings menu.

Stereo speakers leave something to be desired, too. They offer plenty of volume, perfect for listening to spoken content. But music can be challenging, lack bass, and generally lack definition across the audio spectrum.

With only 64GB of internal storage and 14GB out of the box, there is only 50GB left for user apps and data. That’s not a lot, and if you splurge and drop the price to the €179.99 (3GB/32GB) model, you can play with even less. Fortunately, a MicroSD card slot allows for the addition of external storage, albeit at the expense of a second SIM card.

The entry-level Unisoc Tiger T616 chipset returned Geekbench 5 CPU scores of 300 (single-core) and 1192 (multi-core). Leading scores are over 1000 and 3500 respectively, and in general use I found it very annoying to wait for anything to happen after poking at the screen. The same goes for face unlock, since there’s no fingerprint sensor, it’s either face unlock or a PIN for authentication.

The SIM card holder in the LTE model can hold two Nano-SIMs or a SIM and a MicroSD card. 5G support, which is actually Wi-Fi 6 rather than Wi-Fi 5, might be too much to ask for on a tablet at this price point.

The Realme Pad Mini runs Android 11 along with “Realme UI for Pad”. Realme’s UI overlay doesn’t add bloatware and software extras, but it does offer the various screen modes mentioned earlier, as well as the odd helper ball. It’s a circle you can place anywhere on the screen for easier access to various functions.

Tap the ball once to return to the screen, tap and hold to enter the home screen, and double tap to view recent tasks. The Assist Ball is very understated but useful, although I wonder if it would benefit from pop-up app shortcuts like the sidebar Realme uses on its phones.

Realme provides the Pad Mini with two cameras. There’s an 8MP f/2.0 camera on the back with a 76.9° field of view. Photography features include burst mode, time-lapse photography, panorama and slow motion, and a variety of color filters. If you choose portrait mode instead of just photo mode, you can use various options to alter the face, such as smoothing and changing the tone. Night shots, however, are out of the question: there’s no flash, so the few low-light shots suffer.

There’s a 5MP f/2.2 camera on the front with a 77° field of view. It shares the same face adjustment options as the rear camera.

The Realme Pad Mini’s camera is ok for now, but if you want to capture images for sharing or saving, look elsewhere (like your phone).

The Realme Pad Mini has good battery life. On the PCMark for Android Work 3.0 battery life test, its 6400mAh lasted for 16 hours and 22 minutes. That’s not bad at all, and it goes well with Realme’s own claim of 15.8 hours of video streaming.

While the price may be tempting, it’s worth considering the trade-offs before deciding whether the Realme Pad Mini is worth buying. You need to be able to live with a 179ppi screen resolution, slow performance, and a basic camera. Internal storage is also limited, but there is at least a MicroSD card slot.

On the plus side, the overall build quality is good, and the battery life is good (although charging is slow).

The Realme Pad Mini is currently only available in certain European countries, but there are several more widely available smaller tablets on the market at various prices. Here are three of them.