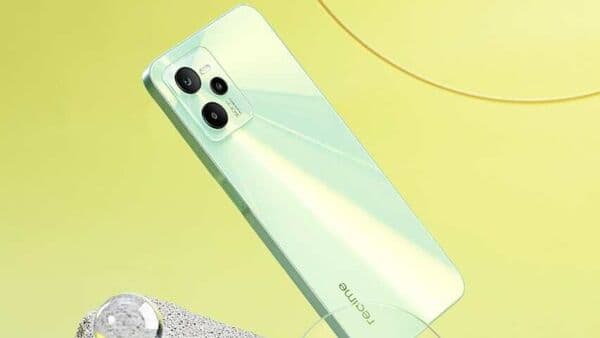 Realme today launched the Realme C35, a new budget segment C-series home smartphone for budget segment buyers in India. The Realme C35 comes with features like a 50MP triple camera setup, a 5,000mAh battery, and a Unisoc chipset. The Realme C35 includes a main camera, a 50MP image sensor with a large area and a large f/1.8 aperture, a macro lens as well as a black and white lens and an 8MP selfie camera with a Sony sensor.

This is the first smartphone in the C series to feature Dynamic RAM Expansion (DRE) technology. The Realme C35 also comes with an instant fingerprint sensor.

The realme C35 is equipped with an octa-core 12nm processor Unisoc T616 processor with a main frequency of up to 2.0 GHz and adopts the Cortex A75 architecture. It also comes with a 6.6-inch FHD screen. It has a 5,000mAh battery that can be charged using the 18W Type-C charger in the box.

Realme C35 will be available in 4GB+64GB storage versions at a price of rupee11,999 and 4GB+128GB are priced at rupee12,999, and will be available in two colors; luminous black and luminous green. The first sale is scheduled to start on March 12 at 12:00pm on realme.com, Flipkart and mainline channels.

Madhav Sheth, CEO of realme India, Vice President of realme and President of realme International Business Group, said, “We are delighted to launch the latest addition to our C-series of smartphones as we continue our quest to become the most popular smartphone brand in the world. realme’s entry-level C-series has received an amazing response from our users and has expanded to the homes of 32 million users worldwide. The latest addition to the series is a new all-rounder in this segment, offering an excellent combination of performance, camera and design in the entry-level segment, and we believe the realme C35 will help us go one step further in this segment. “