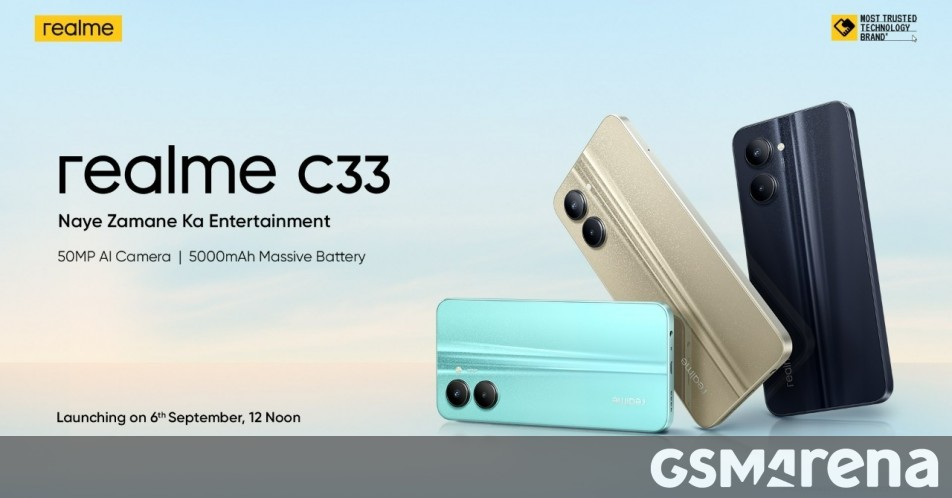 The Realme Watch 3 Pro, originally scheduled to launch on August 18 with the 9i 5G, will be released on September 6. But that’s not the only thing Realme will unveil next Tuesday, as the company announced today that it will also launch the Realme C33 on September 6.

be ready #NayeZamaneKaEntertainment with brand new #realmeC33published on our official channel on September 6th at 12:00 PM.

That said, while Realme has yet to detail the C33’s spec sheet, the company has already revealed the smartphone’s design and key specs. Realme touts the C33 as “Naye Zamane Ka Entertainment” (translation: New Age Entertainment), and it actually looks like the 9i 5G with two rear cameras instead of three. 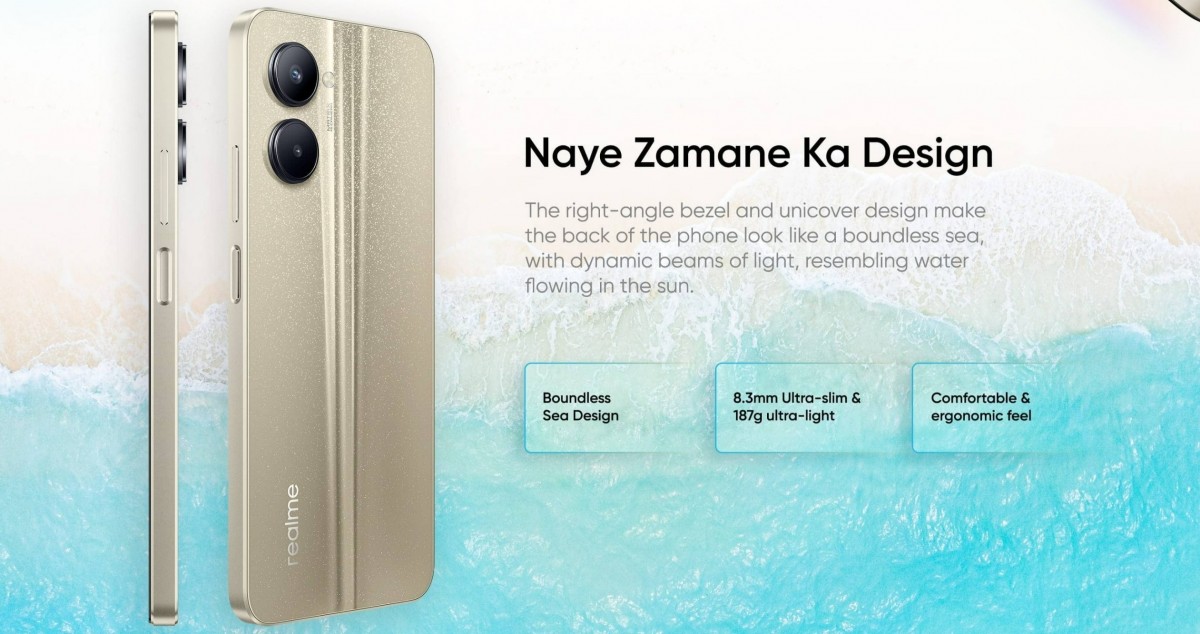 Looking closely, you can also notice that the C33’s rear panel has the words “Matrix AI Camera” below the LED flash, which is absent on the 9i 5G.

The Realme C33’s power button doubles as a fingerprint scanner, linked to the volume rocker, and the left frame only has a SIM card slot. The right frame of the 9i 5G only has the power button, and the SIM card slot and volume buttons are on the left.

With three days to go until the launch, we could see Realme reveal more details about the C33. Meanwhile, you can read our Realme 9i 5G hands-on here.