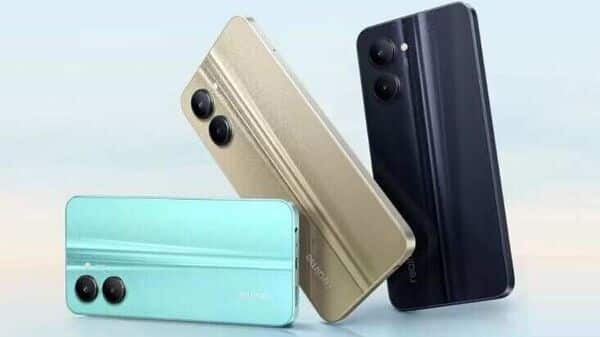 Realme will soon expand its C-series smartphone range in India. The company has announced that it will bring the Realme C33 phone to the country on September 6 at 12 noon. Ahead of the launch, Realme created a microsite of the upcoming phone on e-commerce site Flipkart.Here’s everything we know about the phone so far

According to the Flipkart webpage, the Realme C33 will have a dual camera system on the back. It will offer a 50MP primary rear sensor. The smartphone will be equipped with a 5,000mAh battery. The phone will offer an ultra power saving mode with “improved power efficiency”. The Realme C33 is said to have a standby time of up to 37 days.

In terms of design, the smartphone will feature an “endless ocean design”. The device weighs 187 grams and features an ultra-thin 8.33mm design. Realme C33 will be available in black, blue and gold colors.

Readers must note that the Realme C33 will join the existing Realme C31 and Realme C35. The upcoming phone will most likely be priced the same as other C-series phones.It could be an entry-level phone that could cost less than rupee10,000.

In other news, the Redmi A1 will be launched in India on September 6, 2022 at 12pm. A dedicated landing page for the phone has been published on the company’s official website. This page shows some specs of the upcoming Redmi device, which is confirmed to feature a 5,000mAh battery and power a MediaTek SoC. The Chinese company claims to offer a “clean Android experience” with this smartphone. Redmi A1 is likely to compete with Realme C33.