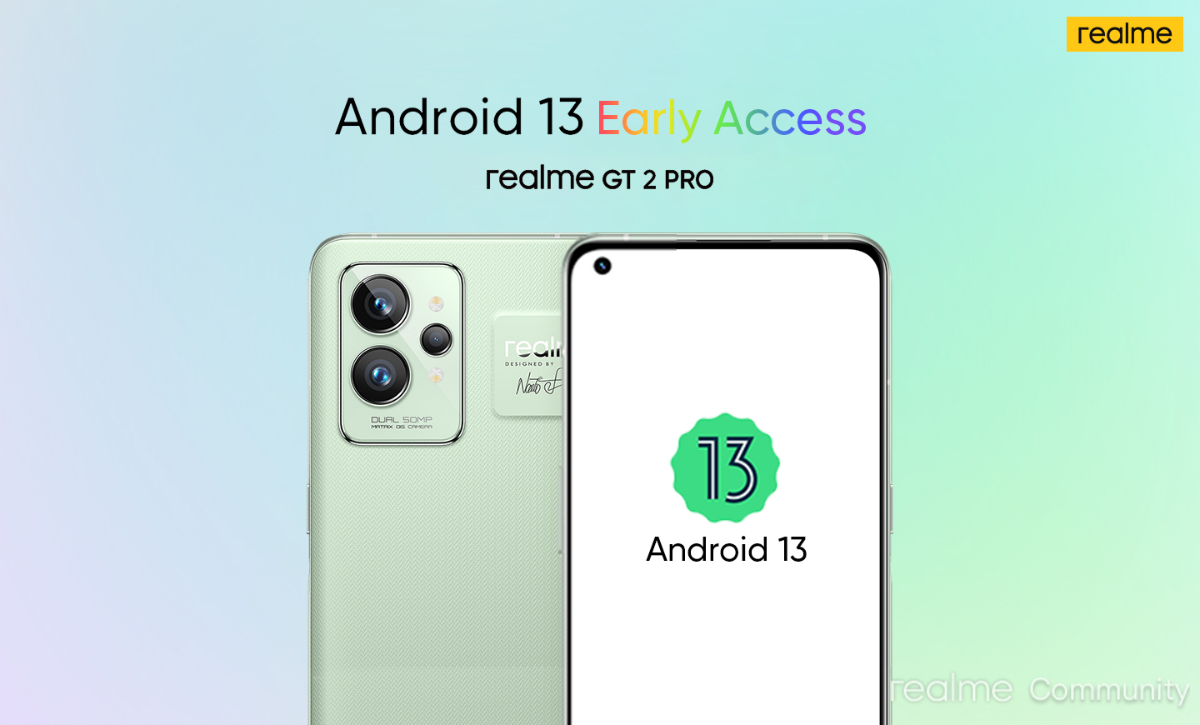 Realme is now inviting apps to join a new program open to users of the GT 2 Pro, the brand’s first flagship smartphone for 2022 to feature a Snapdragon 8 Gen 1 processor. The device currently uses version 3.0 of its OEM software, based on Android 12. However, some in-use devices will be able to get the update soon.

The “early access” program, which appears to be a “closed public beta” of Realme, offers a limited number of users”small batch”, and being located in China or India so far, there is an opportunity to test what the brand has said about Android 13 so far. So, they may be ahead of other brands in terms of cutting-edge Realme features.

On the other hand, the OEM said that this version of Realme UI is still far from stable, as some third-party apps may crash or fail when Early Access registrants try to use them, when they don’t experience bugs and stability issues – for For example, the GT 2 Pro’s normal DC dimming specs are known to be broken in the current beta build.

Again, this kind of thing is exactly what Realme wants to hear through the dedicated feedback and bug reporting channels of the Early Access program, so future versions of its Android 13 builds will be stable in public channels. Interested GT 2 Pro owners can learn how to use them and how to apply for the new Early Access program via the brand’s new community site post.