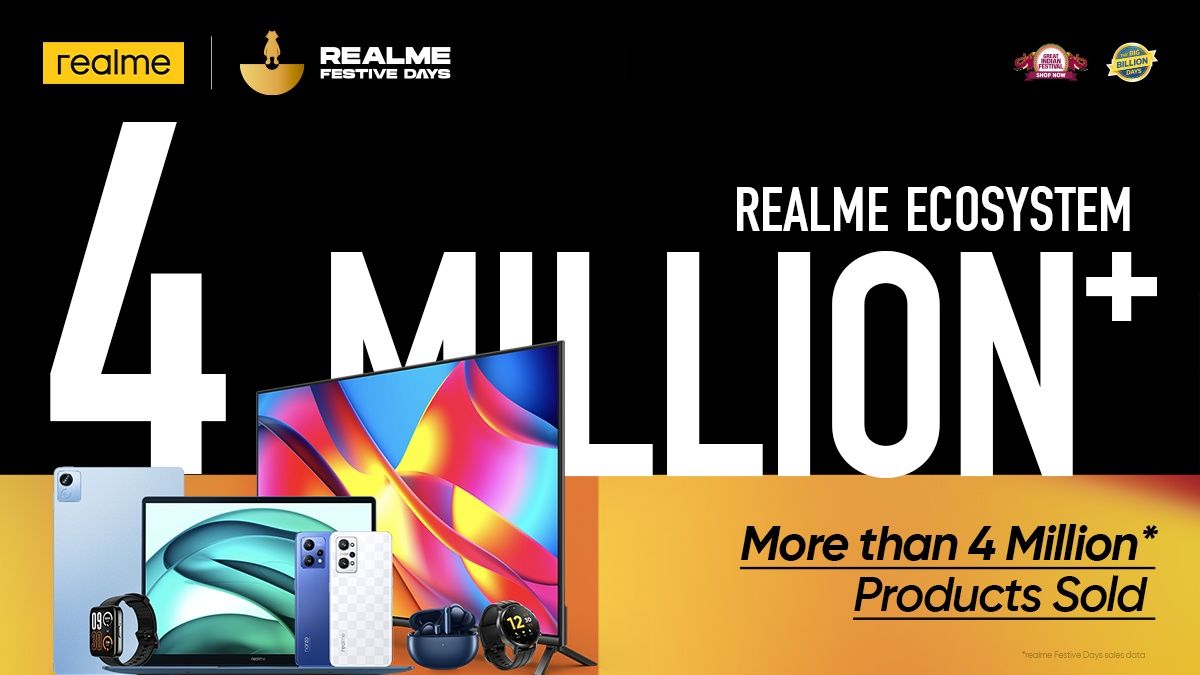 Smartphone brands always look forward to India’s festive season (usually from September to Diwali). This is when they come up with the best numbers in the market. This year is no exception. Especially for Realme.

During the Realme festival, the company claimed to have sold over 4 million smartphones and AIoT products through its official website realme.com, Flipkart, Amazon and mainline stores. It also said it had seen a surge in sales of its 5G smartphones, selling more than 1 million 5G devices. They get 45% of Realme’s total sales.

As a next step, Realme aims to launch 100% of 5G smartphones in its Number series in 2023, with plans to reach 100 million 5G-enabled users globally by 2024. The brand’s holiday sales also saw growth in smart TVs, laptops and tablets, which likewise sold more than 230,000 units.

Madhav Sheth, CEO of Realme India, Vice President of Realme and President of Realme International Business Group, said: “We have strategically launched a number of new products ahead of the start of the Realme Festive Day sale and are offering deep discounts on all of them. This year’s sale It’s made extra special because of the launch of 5G, and for the same reason, we’re seeing multiple users opting for 5G-enabled smartphones.”

Talking about the 5G launch in India this month, Realme has 23 5G smartphones and is bringing 5G to its AIoT portfolio with the realme PAD X. At Mobile India, Realme announced partnerships with Indian telcos including MediaTek, Airtel, Jio, Qualcomm and Vi.

Madhav Sheth said: “As the first brand to launch a 5G-enabled phone, we believe that 5G has the potential to integrate the entire ecosystem, which is why Realme dedicates 90% of its R&D efforts to 5G technology and devices.”

At the start of the festival, 5G devices accounted for 45% of Realme’s total sales. The brand has sold 1 million 5G devices in the past five days. According to the IDC Q2 2022 report, Realme climbed to the second position for the second time in Q2 2022 with strong year-over-year growth of 24% (the highest among the top five brands).