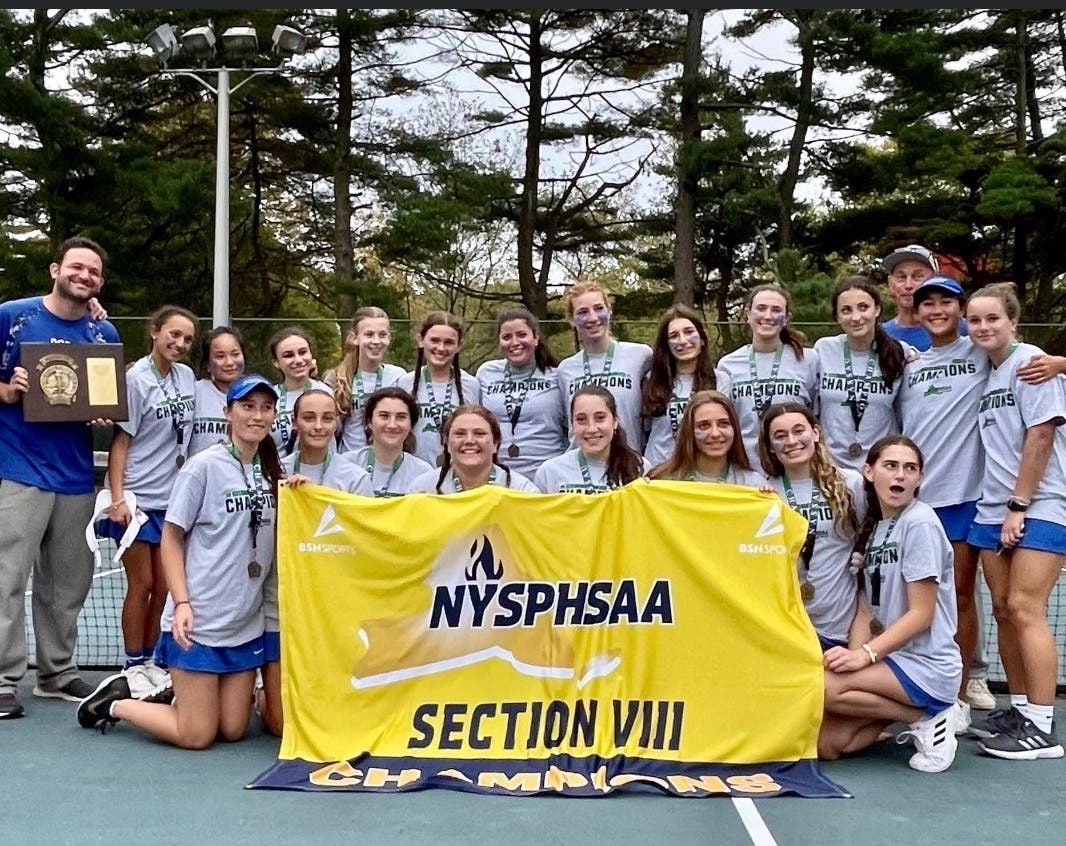 “This team worked extremely hard all season with lots of ups and downs. The girls left everything on the pitch, and defeating a well-trained and extremely talented team in Syosset 4-3 was a memory the girls will keep forever. . . .”

On Tuesday afternoon, Port will face Suffolk County winners Harborfields at Bay Shore in the Long Island Championships. The winning team from Long Island will then travel to the National Tennis Center in Flushing, Queens on Friday.

“We also had eight seniors on this team that kept our program at the top of Long Island and to see them come out with a county championship was really special,” Schratwieser said.