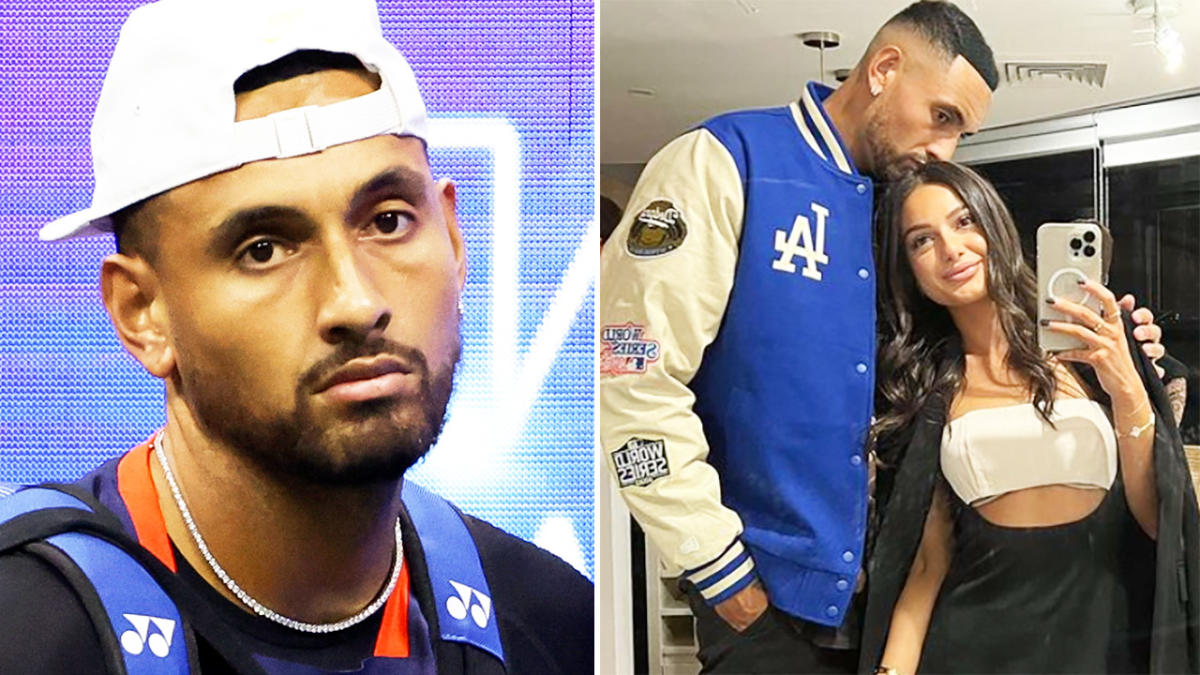 Nick Kyrgios spoke about the pain of US Open quarter-final loss last month before returning to the ATP tour in Japan this week.

Kyrgios hasn’t played since losing to Karen Khachanov in the quarterfinals at Flushing Meadows, where he fell in five sets and missed a golden chance to win his first Grand Slam.

BEAUTIFUL: Mirka Federer’s deed is revealed after the Laver Cup

UPDATE: Rafa Nadal’s sister speaks out amid drama with wife

The Aussie star was in the shape of his life having reached the Wimbledon final in July, many predicted he would go even further at the US Open after knocking out then-world No. 1 Daniil Medvedev.

Novak Djokovic has been banned from playing due to refusing to get vaccinated, while other top rivals like Rafa Nadal have made early exits.

But it wasn’t to be for Kyrgios as he went to Khachanov in a five-set thriller.

The world No. 20 immediately returned home to be with his family, opting to stay in Australia until this week to spend time with his sick mother.

He missed the recent Laver Cup as a resultwhich was the last event of Roger Federer’s rich career.

Speaking to reporters ahead of the Japan Open this week, Kyrgios lifted the lid on the “heartbreaking” loss at the US Open.

“I thought the US Open was a big chance – obviously that one really, really hurt because I really thought I was the favorite after beating Medvedev,” he said.

“Now I just have to wait for the Australian Open but I just want to keep my form, the way I play, I want it to continue.

“I’m doing all the right things so I really think I can win a Grand Slam for sure.

“For a few years I didn’t even make it past the third round – I wasn’t training hard enough, I probably wasn’t taking the sport seriously enough.

“Now, for a year and a half, I’ve been training very, very hard.

“Grand Slams are all we really remember. You can’t just go into a Grand Slam and expect to win it.

“You have to put the basics and foundations in place. I’m super excited to be here, for sure.”

Kyrgios said it was “not difficult at all” to focus on this week’s event, despite his court hearing on Tuesday in Australia for common assault.

The 27-year-old is due to be heard in a Canberra Magistrates’ Court the same day he is due to play in Tokyo.

“There’s only so much I can control and I take all the measures and deal with it off the pitch,” Kyrgios said.

“I can only do what I can and I’m here in Tokyo and I’m just trying to play good tennis and keep up the momentum and try to do my job – and that’s playing tennis, well. play it. That’s all.”

Kyrgios is the fifth seed in Tokyo and will face Taiwan’s Tseng Chun-hsin in the first round on Tuesday night (Australian time).