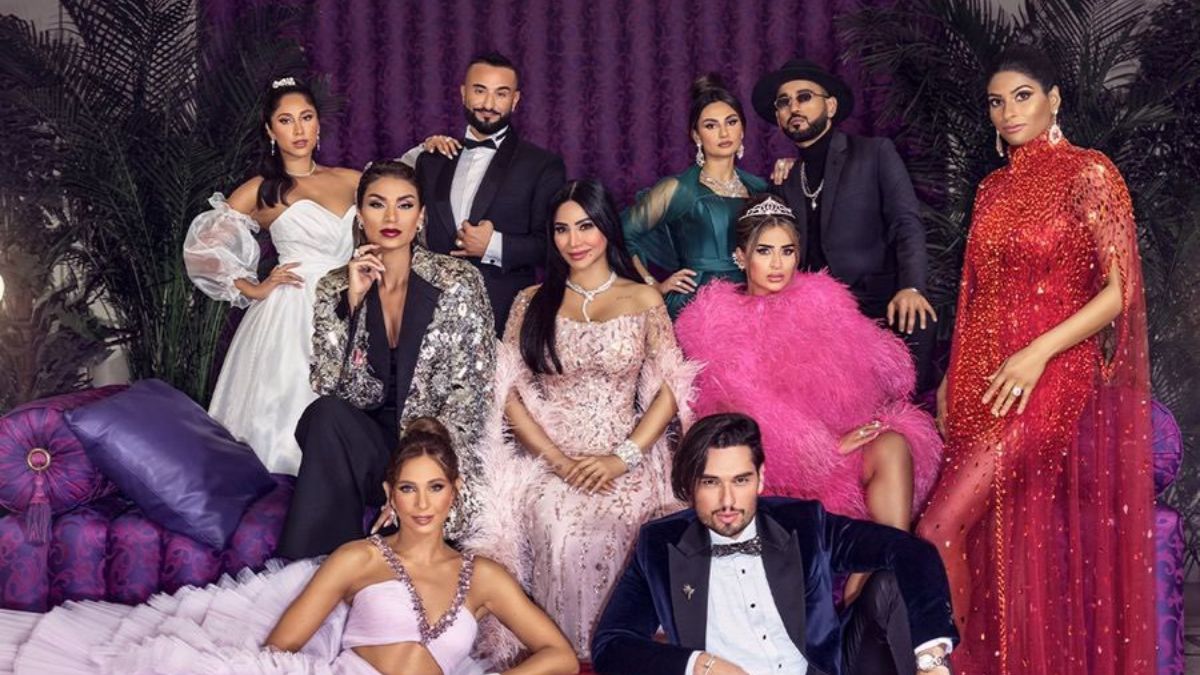 The world has become very involved in reality shows. So the viewing of such shows is increasing a lot on international tv. Netflix has a plethora of such reality shows to watch online. A recent addition to this category was Dubai Bling. True to his title, Dubai’s rich and famous can be seen in the show that premiered on October 27 on Netflix. So get a glimpse into the lives of Dubai’s 10 Millionaires behind the velvet rope in this show.

This is Netflix’s second Arabic drama to air this month. The actors at Dubai Bling exemplify this energetic energy and give you a BTS look into the daily routines of pioneers in various industries, including real estate, entertainment, socialites, and influencers. The cast of Dubai Bling includes business tycoons, libertarians, influencers and socialites who followed their passion. Each of these 10 millionaires has built their empire from the ground up.

The richest member of the Dubai Bling cast, Ebraheem Al Samadi is the mastermind behind Forever Roses. He invented techniques to make a flower last for 3 years without the basic need of light and water. His journey to become an entrepreneur started when he was only 14 years old. He has several companies under his ownership.

Loujain Adada’s net worth estimate makes him the second richest actress in Dubai Bling. His
Networth figures are 3.8 million dollars. She has experience as a model and former TV presenter. The Lebanese model was married to the late Saudi billionaire Walid Juffali.

UAE nightlife is incomplete without the presence of DJ Bliss. Marwan Parham Al Awadhi takes his stage name as DJ Bliss. He has been in the business for a decade and has earned the reputation and capital from the industry to a great extent.

The Iraqi-British social media influencer and housewife is a household name in the fashion industry. She moved to Dubai after marrying Indian businessman Fahad Siddiqui. He launched his collection for the first time with Shein, a popular brand among women in the world.

Farhana Bodi is a socialite and a great influencer, she is of Indian origin and was brought up in South Africa. After achieving the quality of life, Farhana moved to Dubai to enjoy a better life. She owns the brand I Woman Of The World and is a popular name in the list of social media influencers.

Power couple, Kris and Brianna Fade announced the news of their marriage when Netflix aired the show. Kris and Brianna run the Fade Fit business empire. They run this company jointly. Apart from that, Kris is known as a journalist and his radio show is broadcast on Virgin Radio Dubai. Both husband and wife own a net worth of 1.2 million dollars.

With over 10 million followers, Lojain Omran is an Insta-celebrity and household name in the Saudi kingdom. He worked in television by being the face of the programs Ya Hala and Good Morning Arabs.

Danya Mohammed carries the name Diva Dee on social media. She is a popular social media influencer and the wife of DJ Bliss who is also one of the actors. Diva Dee has a history of collaborating with luxury brands like Gucci. She is the only Dubai Bling actress who hails from the Emirates.

So if watching the glamorous and glamorous life of Dubai Millionaires interests you, then this show was made for you. Grab some popcorn and binge watch the Dubai Bling series now!