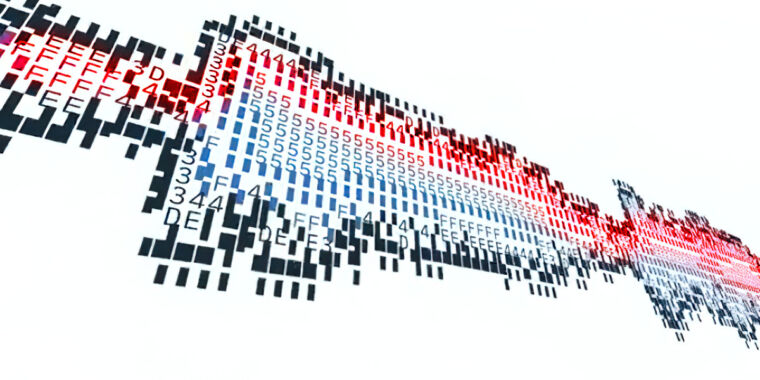 Last week, Meta announced “EnCodec,” an AI-based audio compression method that can compress audio at 64kbps to 10 times smaller than the MP3 format without any loss in quality. Meta says the technique can dramatically improve speech sound quality over low-bandwidth connections, such as phone calls in areas with spotty service. The technique also works for music.

Meta describes its method as a three-part system trained to compress audio to a desired target size. First, the encoder converts the uncompressed data into a low frame rate “latent space” representation. A “quantizer” compresses the representation to a target size while keeping track of the most important information used to reconstruct the original signal. (This compressed signal is either sent over the network or saved to disk.) Finally, the decoder converts the compressed data back into audio in real time using a neural network on a single CPU.

Using Meta’s discriminants proves to be the key to designing a method to compress audio as much as possible without losing key elements of a signal:

Using neural networks for audio compression and decompression isn’t new—especially for speech compression—but the Meta researchers claim to be the first group to apply the technique to 48 kHz stereo audio (slightly better than a CD’s 44.1 kHz sampling rate. ), which is typical of music files distributed over the Internet. .

Beyond that, we’ll get really tiny music audio files someday. For now, Meta’s new technology is still in the research phase, but it points to a future where high-quality audio can use less bandwidth, which will be great news for mobile broadband providers with networks overloaded by streaming media.