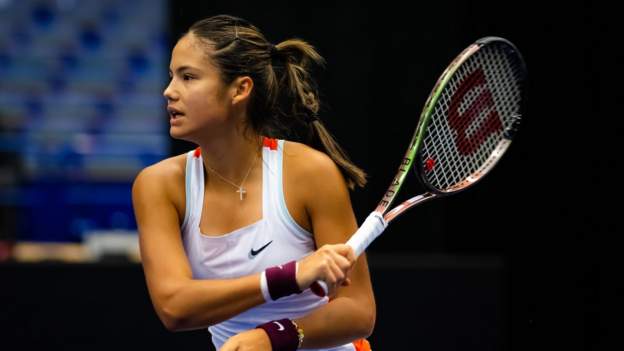 Emma Raducanu’s promising partnership with coach Dmitry Tursunov won’t go any further as the Russian has decided to pursue other opportunities.

Tursunov is the fourth manager to leave the team in the last 15 months – following the departures of Nigel Sears, Andrew Richardson and Torben Beltz.

Raducanu has won eight of her 15 matches, including a semi-final in Seoul last month, since she started working with Tursunov after Wimbledon.

I understand the 19-year-old wanted to continue working with him, but Tursunov may have taken into account the short-term nature of Raducanu’s recent coaching relationship.

The UK number one is currently recovering from a wrist injury but still hopes to represent Great Britain at November’s Billie Jean King Cup final in Glasgow.

Over the next two months, the focus will be on training which should make her less injury prone next year.

And with that in mind, Raducanu will be working with physical trainer Jez Green, who has been so instrumental in Andy Murray’s physical development.

Murray won the US Open, Wimbledon and an Olympic gold medal during their time together, before Green went on to work with Tomas Berdych, Alex Zverev and Karolina Pliskova.

He is currently working with Dominic Thiem, but may spend some of his time advising Raducanu in the coming weeks.