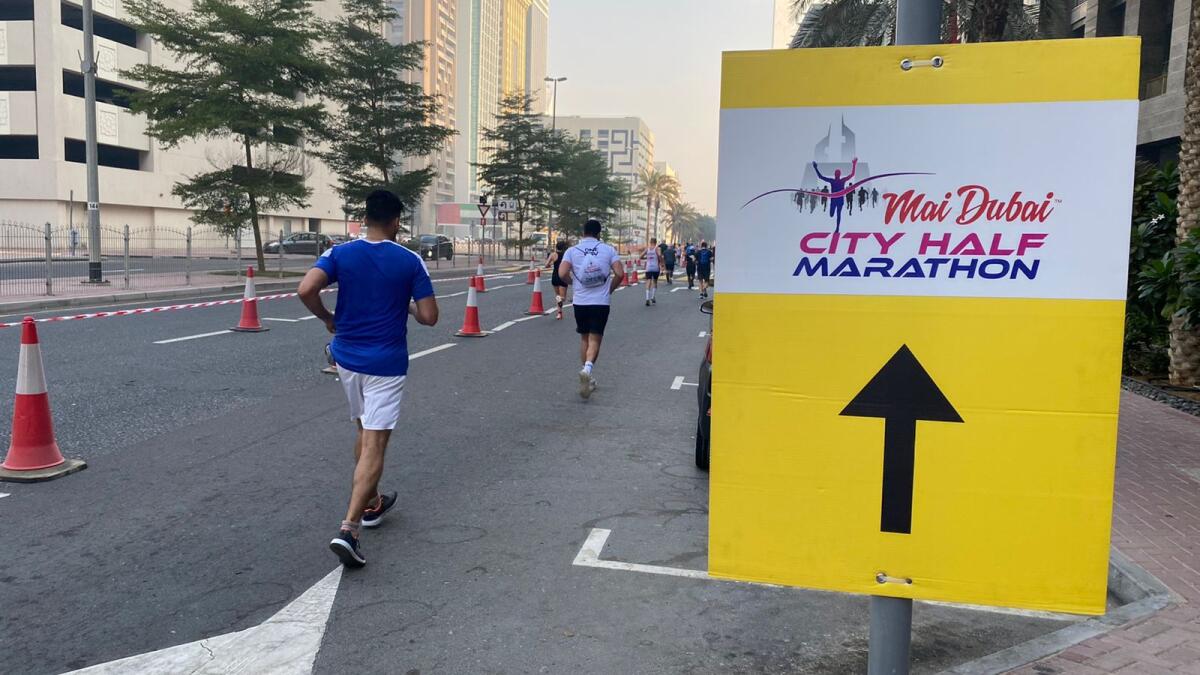 The Dubai Fitness Challenge kicked off on Saturday, October 29 for its sixth edition, in what organizers hope will be the biggest competition ever. 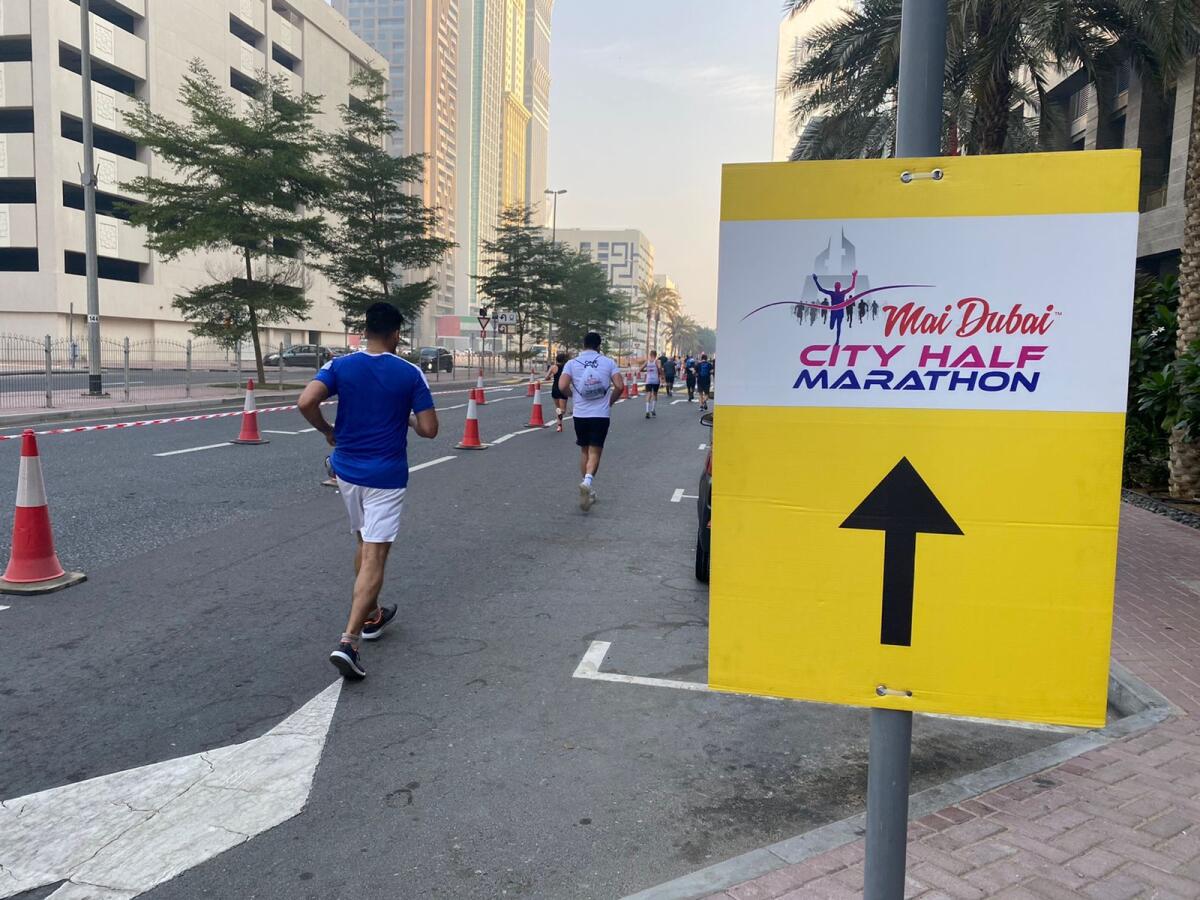 From experienced runners to newbies, hundreds of people turned out on Sunday morning for the Mai Dubai Half Marathon, which was flagged off from the Dubai International Financial Center as part of the Dubai Fitness Challenge (DFC).

“This was my first race, and I’m so glad I finished it,” said Diana Campos, who had just finished the 10K. “I wanted to finish under an hour and my watch says 59 minutes. I’m keeping my fingers crossed that the official running time is correct. 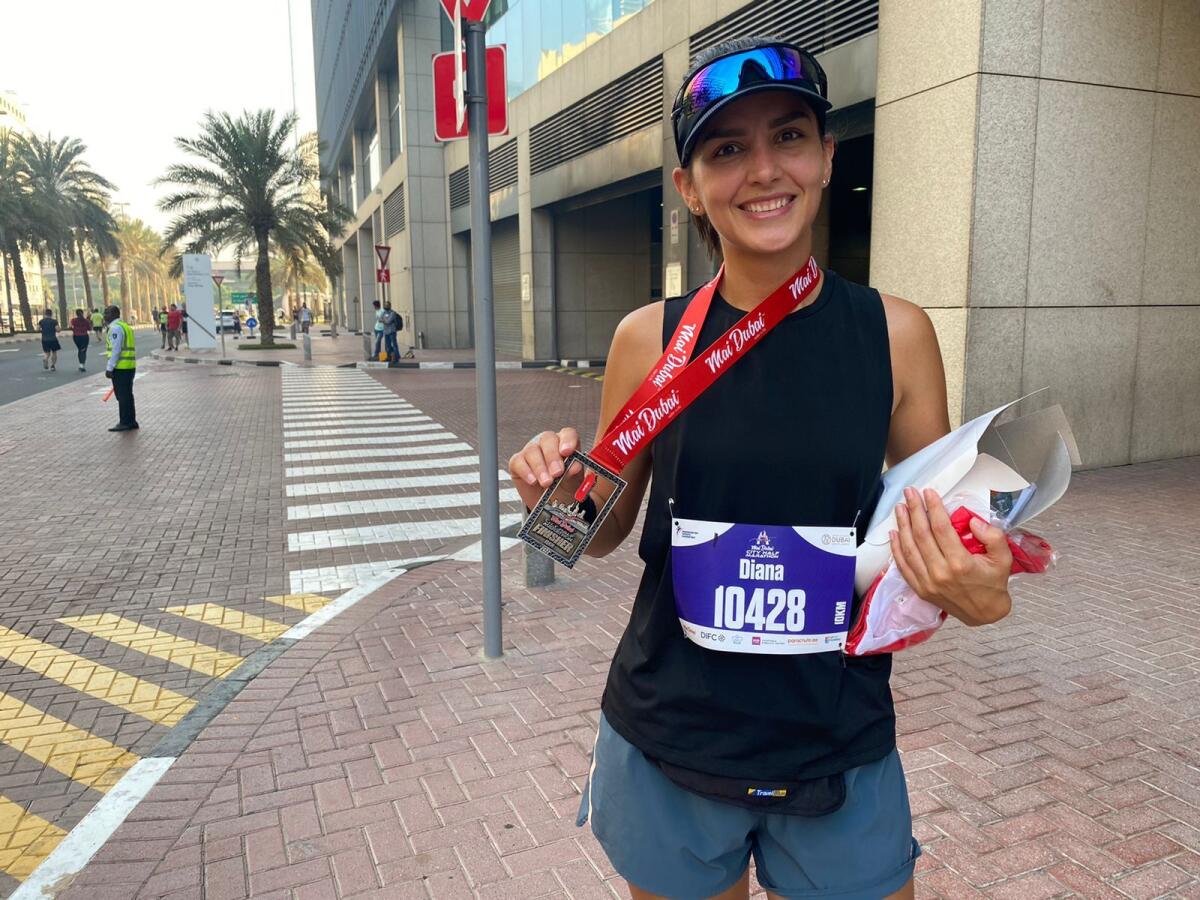 The Costa Rican started running just four months ago, and is happy with the changes it has brought to his life. “I eat healthy and go to bed early,” he said. “This is the best thing I’ve ever been in my life, and I’m very happy about it.” For him, DFC has been a great motivation. “Yesterday I did a 2km open sea swim while also training for a triathlon,” he said. “Today I have done this. I love the challenge of fitness and how it motivates me to do better every day.”

The DFC kicked off on Saturday, October 29 for its sixth edition in what organizers expect to be the biggest event ever. “Covid taught people the importance of being fit and healthy. So far, the numbers have been very encouraging. We hope to increase last year’s participation numbers,” said Ahmed Al Khaja, CEO of Dubai Festivals and Retail Establishment, while speaking to Khaleej Times on the launch of DFC.

South African Liesl ran the 5K to support her husband Alan, who is training for a marathon in their hometown. “I’m a new runner so for me it was an achievement that I was able to finish,” Liesl said. “I’m training for a 90km race in South Africa in June 2023,” Alan said. “This run was just a practice run for him. It was a bit hot, and I had some issues with the Achilles injury but I’m happy I took part. 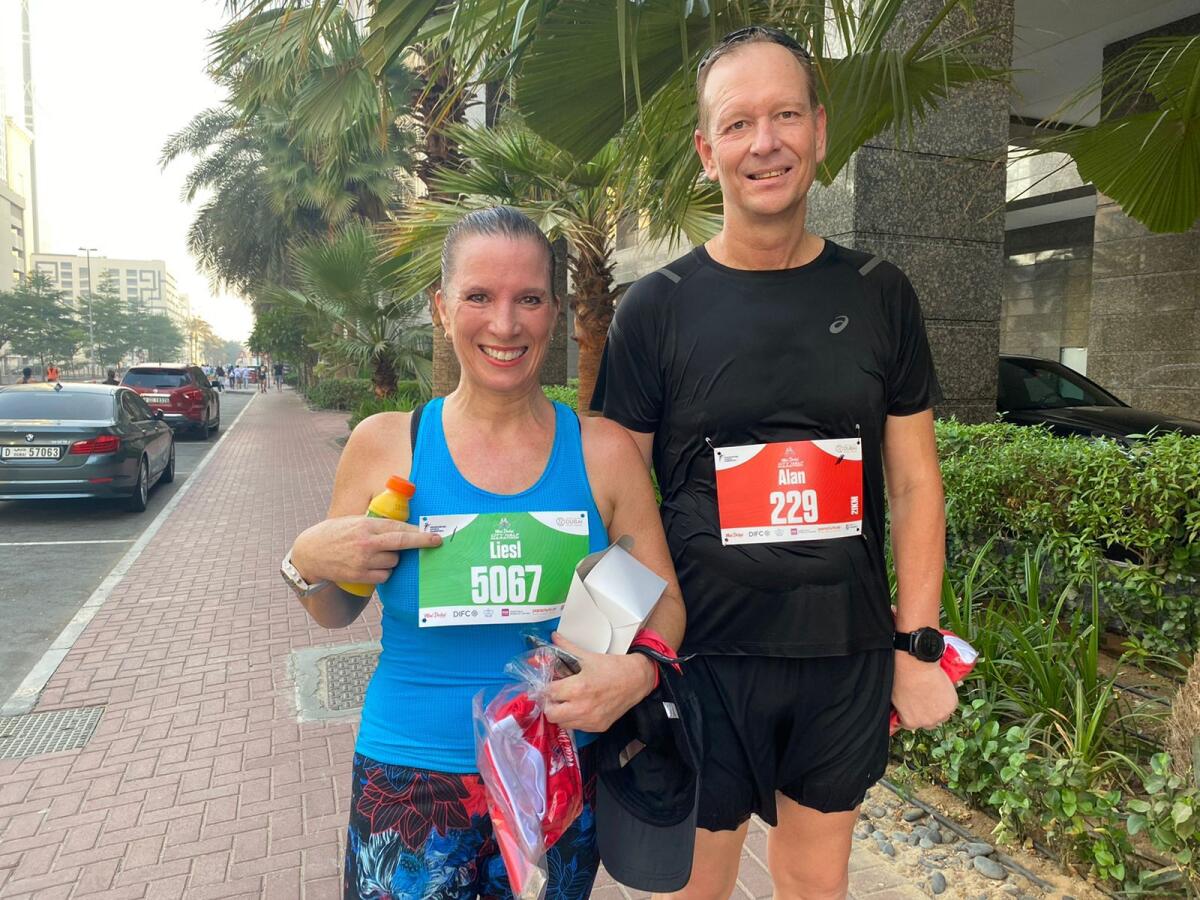 For the talented athlete Mohammed Anshah, the race was unique as he clocked his best time of 1 hour and 52 minutes while doing the half marathon. “A little before the summer, I had spent 1 hour and 56 minutes running on the kite beach – but this was my personal best,” he said. “When you’re in a race like this, the energy and the vibe is very different than when you’re running alone. So, towards the end I really pushed myself.” 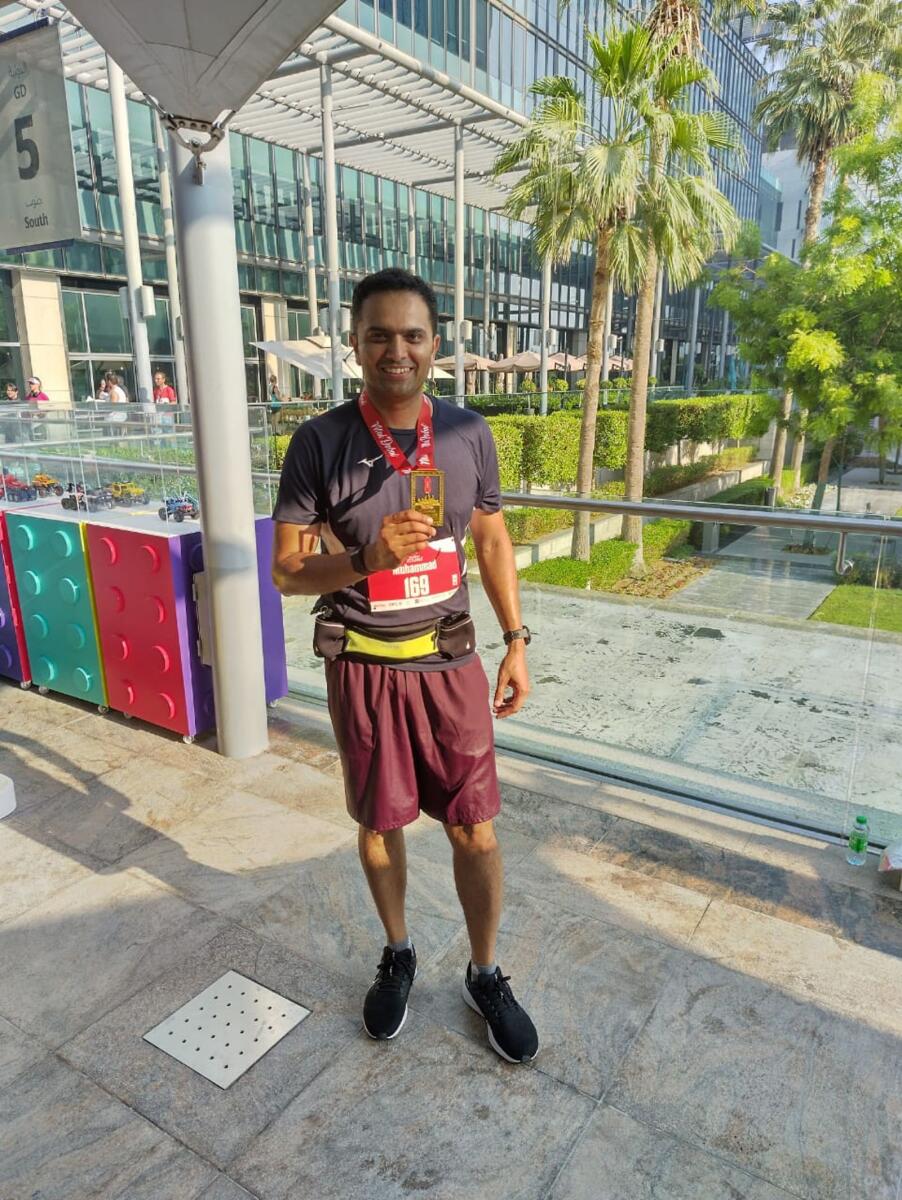 He congratulated the organizers of the race for their work. “Everything was perfectly planned; the traffic, the start and finish points, the route, everything was great,” he said. “I think the funnest thing I saw today was two people who were doing 5km discussing recipes during the run. I was also amazed at how DFC inspired so many people to get out of their homes and onto the trails.”

The Indian citizen started running in 2017 when he discovered the benefits of running through a colleague. “When I started, there were days running even 500 meters was a great success,” he said. “Now I change my running style every day. I do long runs, short runs and easy runs to improve myself. My next goal is to run the Dubai Marathon.”