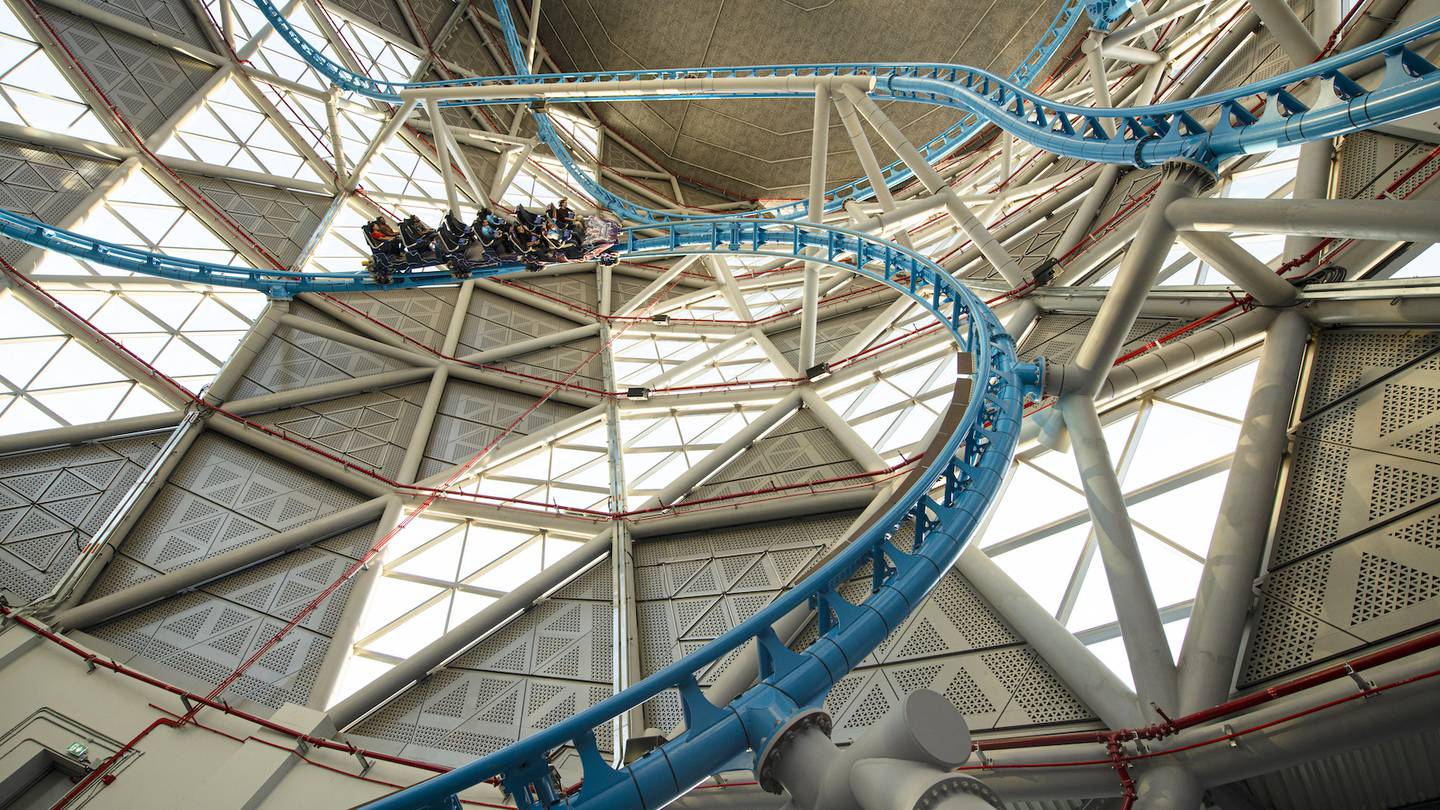 The attraction, which opened earlier this year, was launched into the record books on Wednesday, with the news announced through a special light show on the side of the Burj Khalifa.

With a top speed of up to 77 kilometers per hour, Storm Coaster has officially become the fastest ride of its kind in the world.

Described as “a multi-car interchange that weaves its way across the building”, the journey takes about two minutes and tickets cost Dh65 per journey.

Storm Coaster isn’t the only attraction at the city’s newest mall. Dubai Hills Mall is also home to a large screen Middle Eastern cinema. Roxy Cinema launched Roxy Xtreme – a 28 meter by 15.1 meter screen twice the width of a tennis court – at the end of August.

Roxy Xtreme has 382 reclining seats available for booking on three levels: standard, premium and director’s boxes, which are rooms with 12 seats, each above the hall to provide the best view and maximum privacy. Guests in the cabins also have access to on-demand butler service, head and footrests, as well as wireless charging, heated seats and a personal revolving table.

“Roxy Xtreme sets a new benchmark for cinemas in Dubai with a wide area as the big screen offers an unforgettable experience for all types of cinema lovers,” said Fernando Eiroa, chief executive at Dubai Holding Entertainment.

Dubai Hills Mall is now open to the public. All photos by Katy Gillett / The National unless otherwise noted