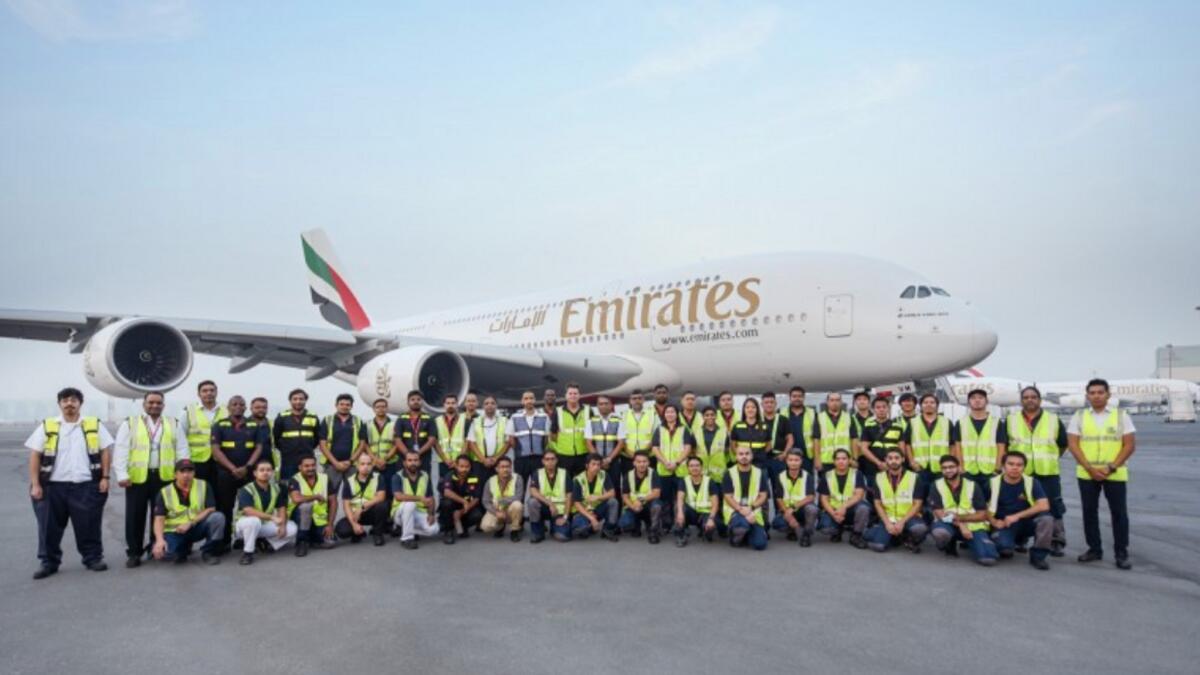 Over the next 16 days, engineering teams will dismantle the entire interior of the A380 and put it back together. 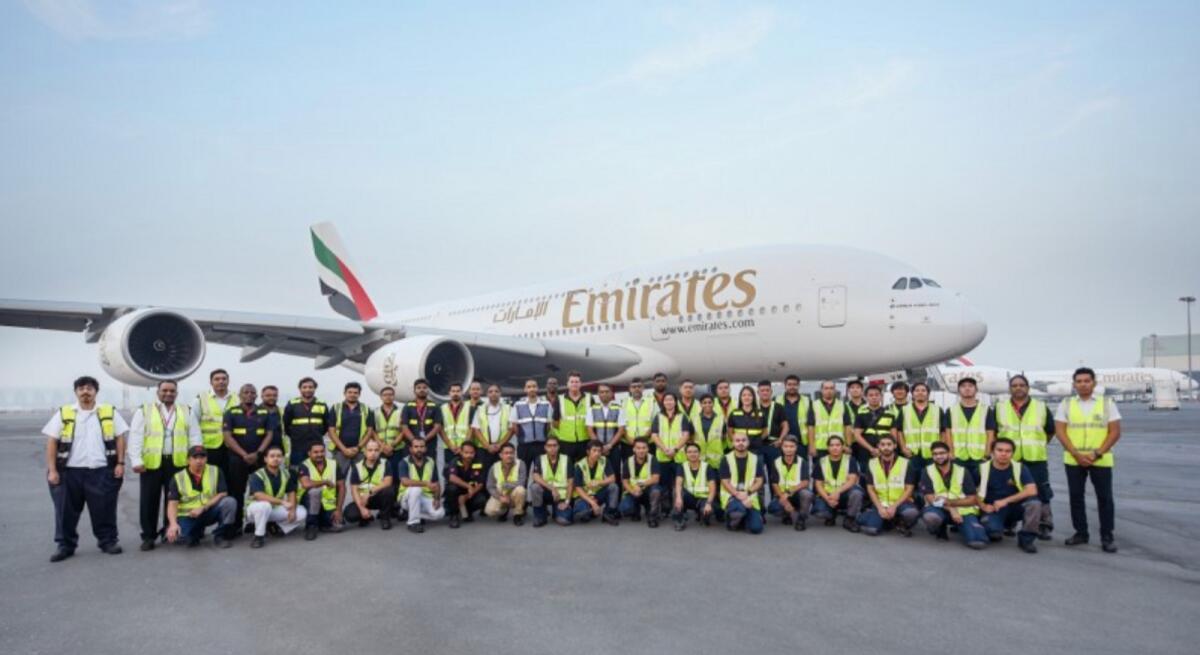 Emirates has begun its 2-year plan to work on a complete upgrade of the cabin interiors for 120 aircraft, including installing Premium Economy seats.

The plane that flew from Cairo to Dubai on Monday is stored in a hangar at the Emirates Engineering Centre. A team of engineers will inspect, prepare and begin work on the aircraft there.

As the project begins today, engineers and technicians are set to spend the next 16 days taking apart the interior of the aircraft and putting it back together in a pre-planned sequence.

Many features of the aircraft will be given an upgrade, including the Shower Spa which will have new color tones and a hand painted Ghaf tree motif.

Every detail is checked to ensure it complies with the airline’s health and safety standards. The civil aviation authority will inspect the aircraft before it is allowed to fly.

Engineers will work on two planes at the same time, meaning all the modified planes will be ready by March 2025.

The airline has announced plans to introduce Premium Economy service on its routes to New York JFK, San Francisco, Melbourne, Auckland and Singapore, by the end of March 2023.