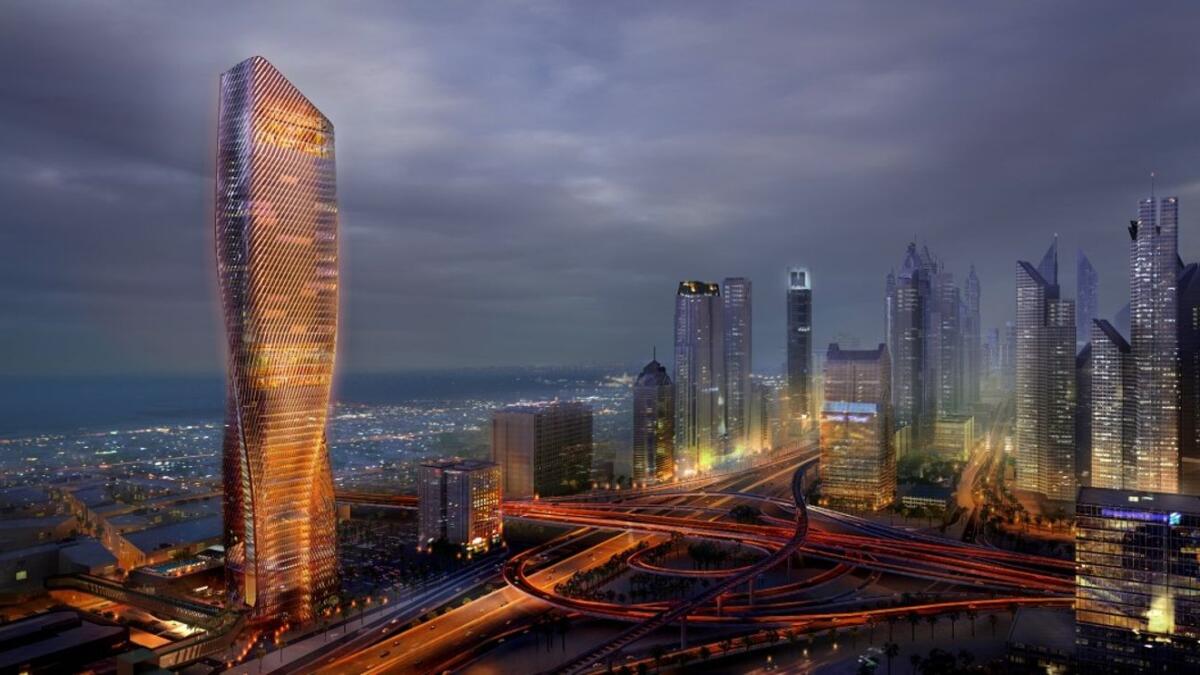 Wasl Asset Management Group, one of the largest real estate development and management companies in Dubai, has released an update on the upcoming ‘Wasl Tower’ on Sheikh Zayed Road.

The floor is well under way, and once complete, the 302-metre curving, symmetrically designed tower will feature the tallest ceramic surface in the area and will show the illusion of dynamic motion. 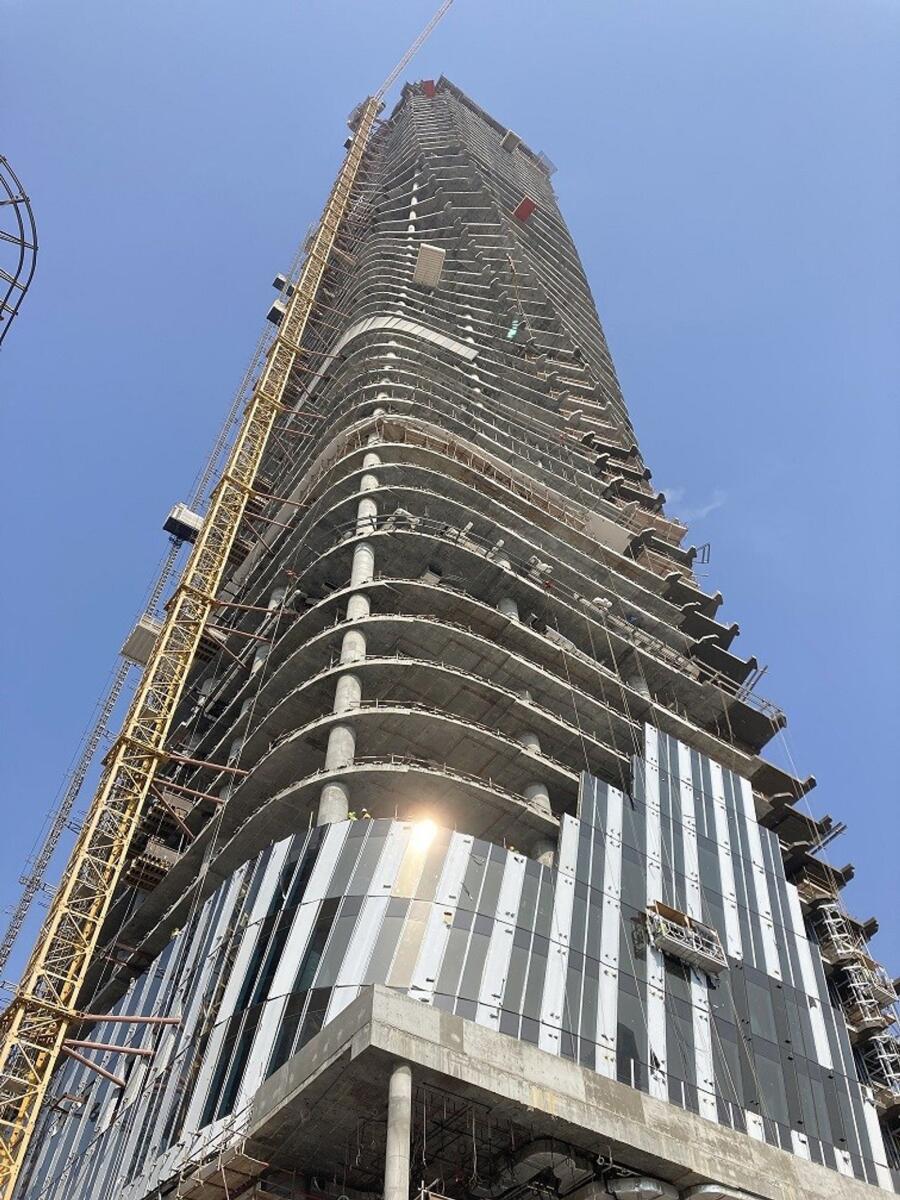 Wasl Tower will consist of 64 floors comprising 229 residences, 258 hotel rooms as part of Dubai’s second Mandarin Oriental Hotel, 185,345 square feet of office space, and 11 floors of parking. The project, with a total built-up area of ​​1.8 million square feet, will also have a helipad.

The construction works on the 56th floor of Wasl Tower have been completed, and the facade works have reached level 13. The mechanical, electrical and plumbing works are now at level 52.

Wasl Tower is expected to be completed in the second quarter of 2024.

The tower, which enjoys direct views of the Burj Khalifa, will also be connected to the Burj Khalifa Metro Station, which connects the two main districts, Downtown Dubai and City Walk.

Designed around its Z axis and using a typical ‘contrapposto’ movement, the Wasl Tower faces almost in every direction. Its ability to adapt to indoor temperatures through shading and cooling techniques sets this building apart during Dubai’s summer months.