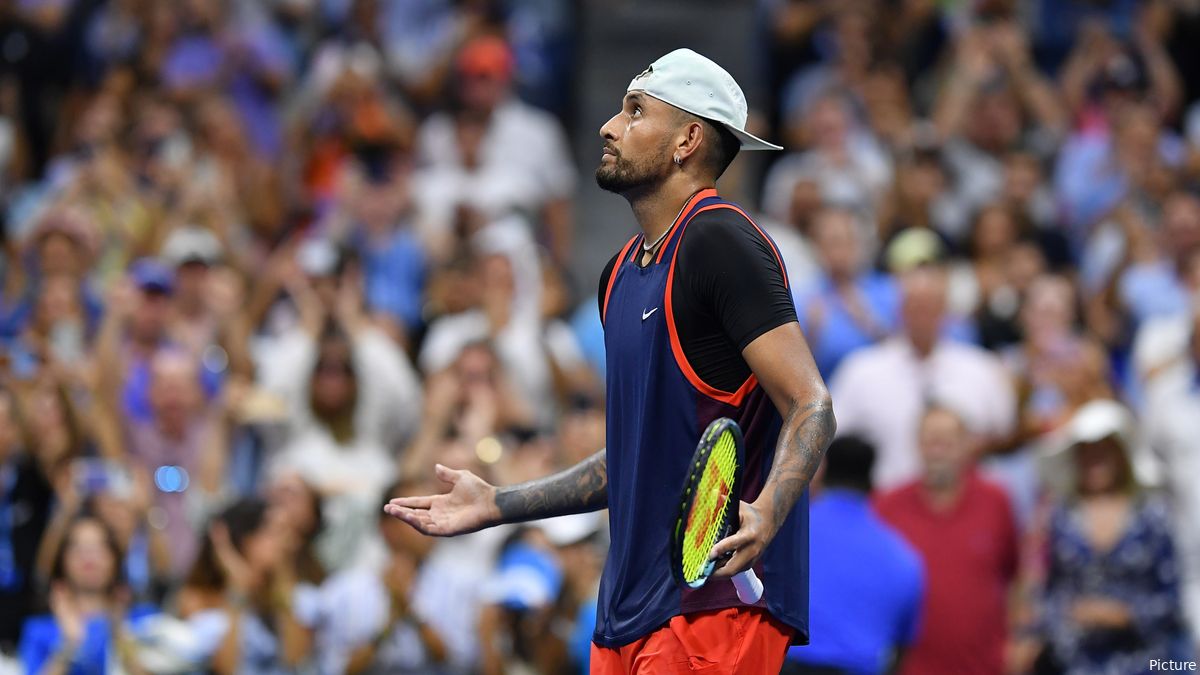 Australian tennis star Nick Kyrgios and Thanasi Kokkinakis have qualified for the doubles event of the Nitto ATP Finals, which will be held in Turin from November 13-20.

The fact that they have won a Grand Slam and are between eighth and 20th in the ATP Double Team after the Paris Masters guarantees them a place in the competition, even if they are now seventh in the Race to Torino.

Wesley Koolhof and Neal Skupski, Rajeev Ram and Joe Salisbury, Marcelo Arevalo and Jean-Julien Rojer, Nikola Mektic and Mate Pavic, and others will be in the roster, and this week’s Paris Masters will determine who takes the final three spots. .

Despite qualifying, the former world No. 13 expressed his disappointment at not being able to play singles. He took to social media to write:

“Shudda (should have) been single too.”

Because of this, tennis fans slammed the Australian on Twitter, saying he didn’t really deserve to qualify for the ATP Finals.

“Stop crying buddy. Shudda beat the GOAT if you wanted to qualify, as Top Gun says, ‘there’s no points for second place’. I understand it’s too hard for you, so the other option was to call the players council for this decision in July. Now sit down,” another user tweeted.

“No one told him that if every tournament he entered gave him points he still wouldn’t have qualified,” said another account.

“Shudda got enough points to qualify,” added another user.

The barbs weren’t limited to the tennis court as some fans fired on Kyrgios’ ongoing domestic violence allegations case.

“And you should be in jail, but we can’t get everything we dream of,” one user wrote.

“Shouldn’t you attend court instead mate,” wrote another.

“Domestic abusers shouldn’t be allowed on tour yet,” another user added.