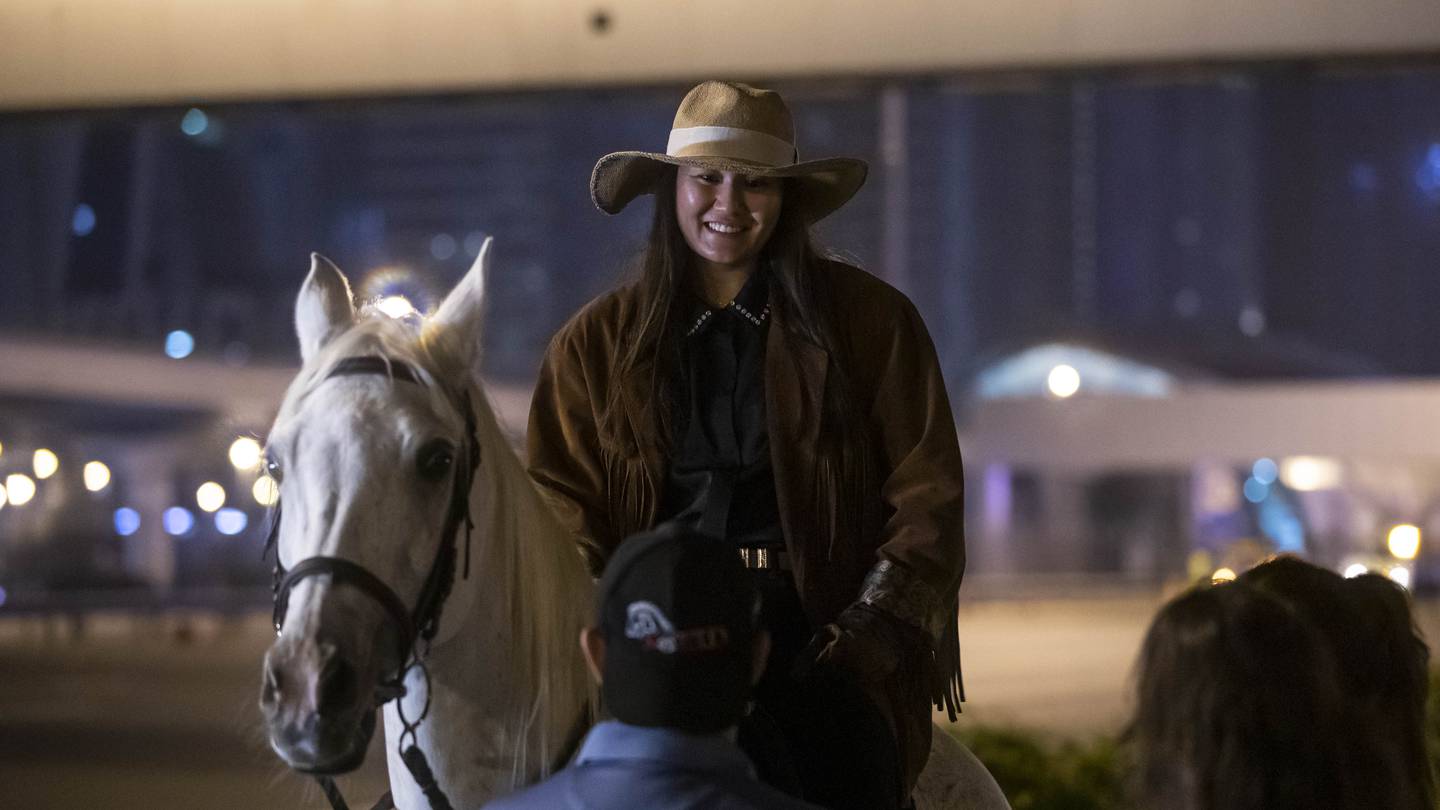 It’s not every day you come across herdsmen coming down Sheikh Zayed Road, but on Sunday morning, that’s what happened.

Hours before the Dubai Race took over the road, cattlemen were seen running down the highway, with the skyscrapers of DIFC and Downtown Dubai in the background.

In stark contrast to the SUVs and supercars Dubai residents are used to seeing speeding down the seven-lane highway, actors dressed as cowboys on horseback took to the streets to promote a Neo-Western television drama. Yellowstone.

A group of five actors strutted down the runway, with the Paramount Midtown Hotel and Taj Dubai in the background. Dubai’s famous road signs can be seen in the photo, along with the Salik toll gates and billboards in the background.

The show’s fifth season, which stars Kevin Costner as John Dutton III, is now airing weekly. In the UAE, it is available to stream on OSN+ and on OSN Showcase with new episodes every Monday at 3.30pm GST.

“We at OSN+ are on a constant mission to engage with our viewers in creative ways, building awareness of important series and films through first-class campaigns, such as this first-ever cowboy and horse racing game under Sheikh Zayed Road,” Ashley Rite, vice president of marketing and growth at OSN+, explains Of the Nation.

Described as the Western version of SopranosParamount’s Yellowstone tells the story of the Dutton family, who control the Yellowstone Dutton Ranch, the largest border cattle ranch in the United States.

With shifting alliances and unsolved murders, the ranch is in constant conflict with those that border it – including the expanding town, Indian reservations, land developers and business competition.