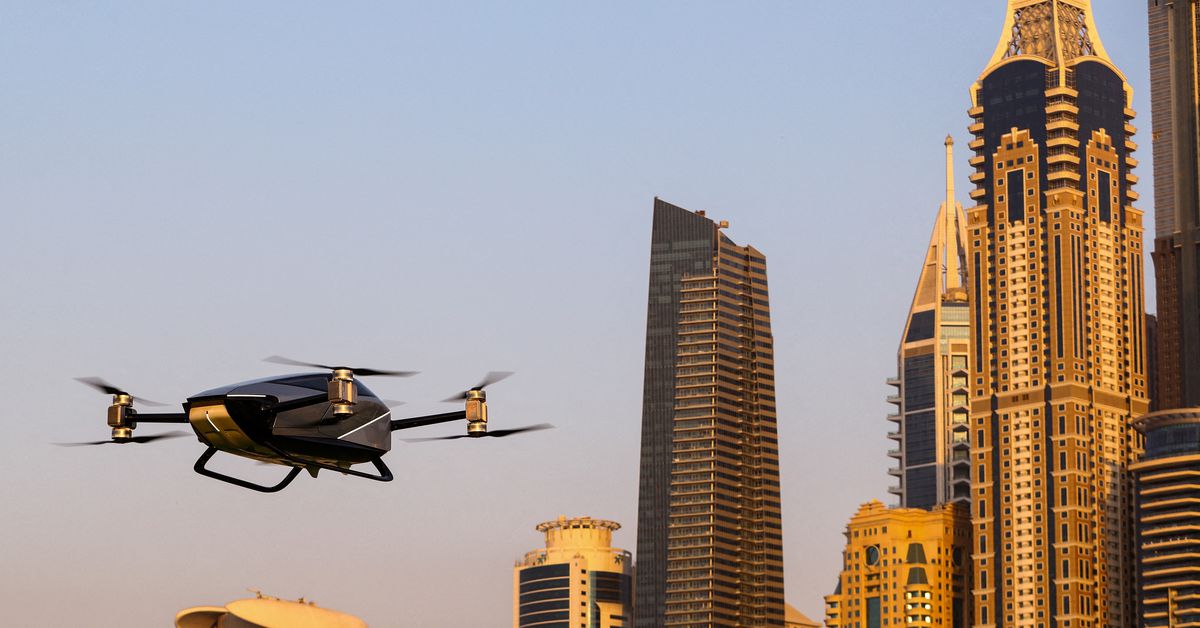 DUBAI, Oct 11 (Reuters) – (This Oct. 11 story has been amended to correct the running time to 90 seconds instead of 90 minutes in paragraph 3)

A “flying car” built by Chinese electric car maker Xpeng Inc ( 9868.HK ​​) flew for the first time in the United Arab Emirates, as the company works to launch the electric aircraft in international markets.

The X2 is an electric two-seat take-off and landing (eVTOL) aircraft that is lifted by eight propellers – two in each corner of the vehicle.

Monday’s unmanned, 90-second test flight in Dubai was described by its manufacturer as “an important foundation for the next generation of flying cars.”

“We are gradually (stepping) into the international market,” said Minguan Qiu, general manager of Xpeng Aeroht. “First we chose the city of Dubai because Dubai is the most creative city in the world.”