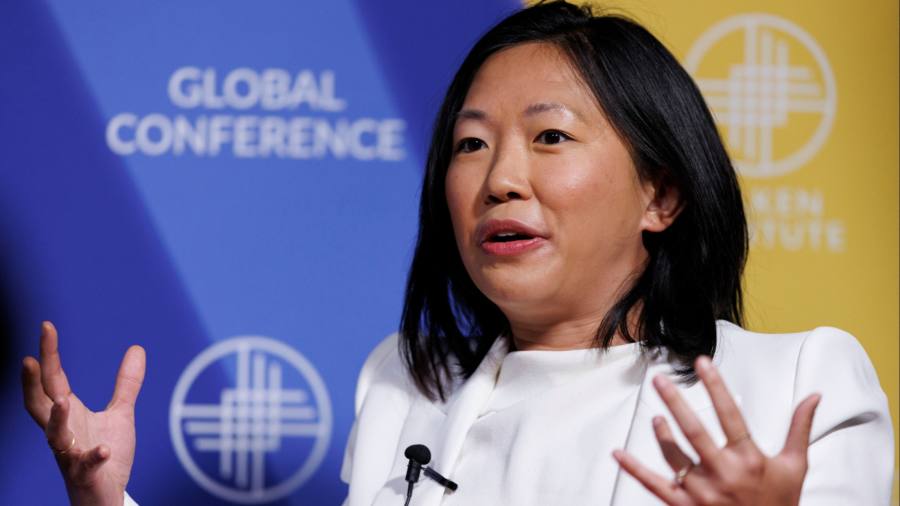 The biotech, backed by Merck, Eli Lilly and private equity group BlackRock, says it has launched one of the first clinical trials in humans of a drug discovered using artificial intelligence to analyze a vast database of brain tissue.

Verge Genomics, founded by Alice Zhang, a 33-year-old former neuroscience doctoral student at the University of California, told the Financial Times that it has dosed the first patient with VRG50635, a novel treatment to target the neurodegenerative disease ALS. It has no known cure.

The San Francisco-based company is among a new generation of biotechs using AI technology in drug discovery, a fast-growing sector that is attracting billions of dollars in venture capital despite a crash in valuations across the sector.

AI platforms can crunch vast amounts of data to rapidly identify drug targets — proteins in the body associated with specific diseases — and molecules that can be made into drugs. Experts say the technology could shorten the time it takes for a drug to go from initial discovery to approval, lower development costs and reduce the high failure rate in clinical trials.

Last year Verge raised $98mn from high-profile investors to boost its drug development work and fund its ALS clinical trial. It has signed a partnership with Lilly to develop treatments for the same disease. The deal nets Verge an upfront payment of $25mn and milestone and royalty payments worth an additional $694mn if certain targets are met.

Big Pharma and investors are chasing a $50 billion opportunity in AI over the next decade, according to Morgan Stanley, which predicted in a June report that the technology could increase the viability of early-stage drug development and deliver an additional 50 treatments within 10. years

Zhang said in an interview that it took Verge four years to get its ALS drug through the discovery process and into clinical trials. It’s faster and less expensive than standard drug discovery techniques that often rely on trial-and-error, she added.

“Hypotheses are usually derived from academic discoveries or publications and are often tested in a series of animals, mice or even cell models to predict which of these drugs will work in humans. Hundreds of millions of dollars later you get into clinical trials and, surprisingly, the drug fails,” Zhang said.

“We say, if we want to succeed in humans, why not start in humans from day one using a data-driven approach?”

Verge has created a database of human tissues from the brains and spinal cords of patients with neurodegenerative diseases such as ALS, Parkinson’s and Alzheimer’s. It has created what it calls a “human disease map” through genetic sequencing, which can be mined using its AI platform to identify therapeutic targets for disease.

By evaluating more than 11.4 million data points, Werge said the discovery of a new causal mechanism in ALS — the loss of endolysosomal function that affects human cells — could uncover a promising new therapeutic target.

Verge’s approach eliminates the need for large-scale experiments or testing thousands of drugs and potential disease targets, Zhang said. “Using human data from day one means we start with high quality targets that are likely to succeed in the clinic,” she said.

But experts say success is not guaranteed. Verge’s first drug to enter trials targets one of the most challenging diseases. At least 50 clinical trials on ALS treatments conducted over the past two decades have failed to show positive results. Only three drugs have been approved in the US, and these have provided only modest benefits to patients.

“Verge is unique in the way it uses AI to analyze human data without relying on animal models,” she said.