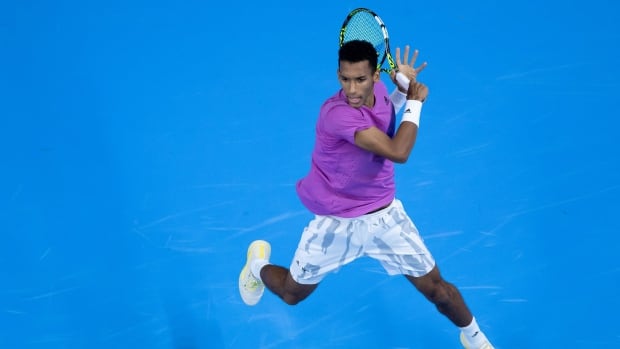 Canadian Felix Auger-Aliassime has been on a roll lately.

The Montreal native defeated Sebastian Korda of the United States 6-3, 6-4 to claim his second consecutive victory on the ATP Tour at the European Open on Sunday. Auger-Aliassime entered the tournament after winning the Florence Open last week.

“It’s amazing, you know, to win back-to-back tournaments again, and to win for the first time here in Antwerp [Belgium] against a player like Sebi [Korda] who is a fantastic player – one of the greatest to come,” Auger-Aliassime said in his post-match interview.

“And it was a really tough week. I had to play a lot of tough, physically tough games. So to go all the way and win today was amazing. I’m just super thrilled and happy to get another title.”

Auger-Aliassime hit seven aces, including five in the opening set, and won 85% of his first-serve points in the one-hour-and-25-minute match. The 22-year-old saved two of Korda’s four break point chances while converting on both of his opportunities.

Coming into the match, Auger-Aliassime had only been broken once in three matches.

The Canadian now holds a 2-1 advantage over Korda in career matchups. The last time the two met, Korda beat Auger-Aliassime 6-2, 6-2 at the Estoril Open in April.

“You helped me a lot the last time we played, so I’m happy that I could win against you,” Auger-Aliassime told Korda after the game. “You are such a great player, so keep it up and good luck to you and your team for the rest of the year.”

Auger-Aliassime, ranked 10th in the world, now has three ATP Tour titles to his career, having also won the Rotterdam Open in February. After losing his first eight career ATP Tour Finals matches, he has since won three of the four Finals, with all of his victories coming in straight sets.

In the first set, Auger-Aliassime earned his first break of serve at 3-2 where he was able to extend his lead by using a drop ball followed by a forehand winner down the line. After giving up one more match, Auger-Aliassime held on in the bottom two to win the set.