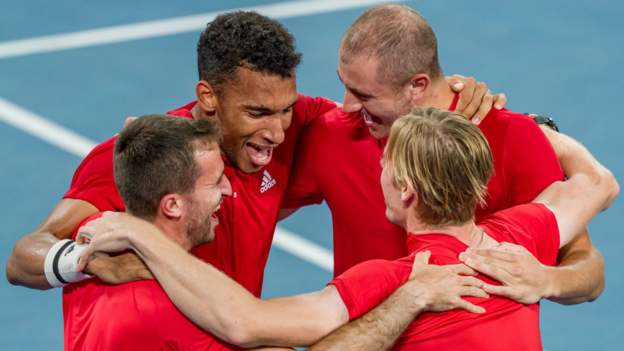 The ATP Tour has reached an agreement with Davis Cup organizers that will help end the need for two men’s team competitions in the space of six weeks.

Tennis Australia is finalizing plans for a mixed team event to replace January’s ATP Cup as the ATP forges an alliance with the Davis Cup, which ends at the end of November.

ATP executive chairman Chris Kermode says the prospect of holding the two men’s team events just weeks apart was “crazy” when the concept of the ATP Cup was first mooted in 2018.

The International Tennis Federation (ITF), which organizes the Davis Cup with its investment partner Kosmos, has since been in regular contact with the ATP.

But a deal, until recently, had proven elusive.

Many at the ATP appreciate the value and history of the Davis Cup, which was first contested 122 years ago. The chairman, Andrea Gaudenzi, is a fan and played for Italy in the 1998 final against Sweden.

The ATP’s support will strengthen the competition’s position in the calendar. It will consolidate three Davis Cup weeks a year: the qualifying round in February, the 16-team group stage in September and the eight-team final played at the end of November.

But despite the new alliance, ranking points will not be available at first. The subject was raised, I understand, but no agreement was reached on the number of points that would be appropriate.

The ITF has always been keen to stress that the competition is about pride in playing for your country, while the ATP may have reservations about how teams are chosen. Davis Cup captains can make discretionary selections and are currently not obligated to choose top-ranked players.

There should be room for negotiation in the years to come. In fact, any reform of the competition will carry more weight if it has the blessing of the ATP Tour.

No official announcement has yet been made as the streak is likely to be influenced by the existing legal agreement between the ATP and Tennis Australia for the ATP Cup.

Tennis Australia will likely be the first to announce their new venture later this month. The United Cup will be an 11-day mixed team event held across multiple Australian cities ahead of the Australian Open in January.

The competition will offer ranking points, a $15m (£13.5m) prize pool and has every chance of succeeding given the current appetite for more mixed team competitions.

The Hopman Cup, held in Perth every January for 30 years, ended in style in 2019 when a record 14,000 fans watched Serena Williams and Roger Federer go head-to-head in a match of mixed doubles.

Establishing a men-only competition in 2020 seemed like a step backwards. The ATP Cup was certainly hugely popular with players, but it lost a lot of money and struggled to attract large crowds – a problem exacerbated by having to stage two of the three editions during the Covid pandemic .

Negotiations between the parties continue to be torturous, but it looks like the end result may for once be something nearly everyone will enjoy.