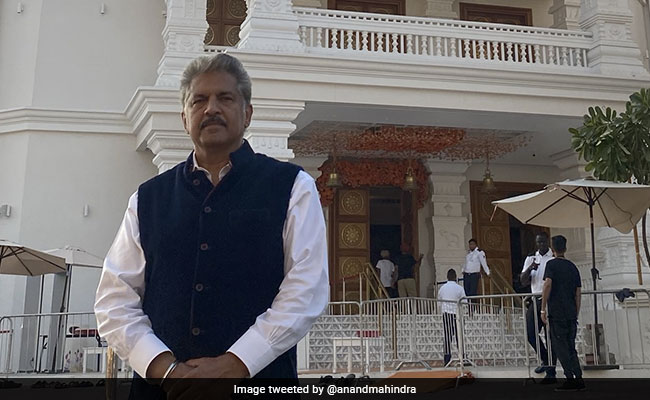 Industrialist Anand Mahindra recently visited the newly inaugurated temple in Dubai and shared a picture with his 9.9 million followers on Twitter.

“Finally made my visit to the new beautiful and well maintained Temple in Jebel Ali, Dubai. They have Shri Shirdi Sai Baba’s murti,” Mr Mahindra wrote in the post while sharing a picture of himself standing in front of the temple. .

I finally paid my visit to the beautiful and well-maintained new Temple in Jebel Ali, Dubai. They even have a murti of Shri Shirdi Sai Baba. pic.twitter.com/XAHSJlyHuR

Mr Mahindra’s tweet went viral. It got over 37,000 likes and over 1,300 retweets. In the comments section, while some netizens asked Mr Mahindra about his experience, others were simply amazed by the beautiful temple.

“It’s really cool, there’s a place to do Havan too,” wrote one user. “Looking like a supermodel, competition for the modeling industry,” another joked.

A third commented, “Awesome! It’s amazing that despite being a busy, successful businessman you still have the interest and time to visit temples!” The fourth added, “It is the Temple of Delight”.

Meanwhile, Mr Mahindra’s post comes weeks after he shared a tour of the beautiful temple and promised to visit the site soon. Located in a neighborhood known as the “worship village” of the emirate, the temple combines Indian and Arabic architectural styles. The temple officially opened its doors to worshipers across the UAE on October 4, PTI information.

Featured Video of the Day