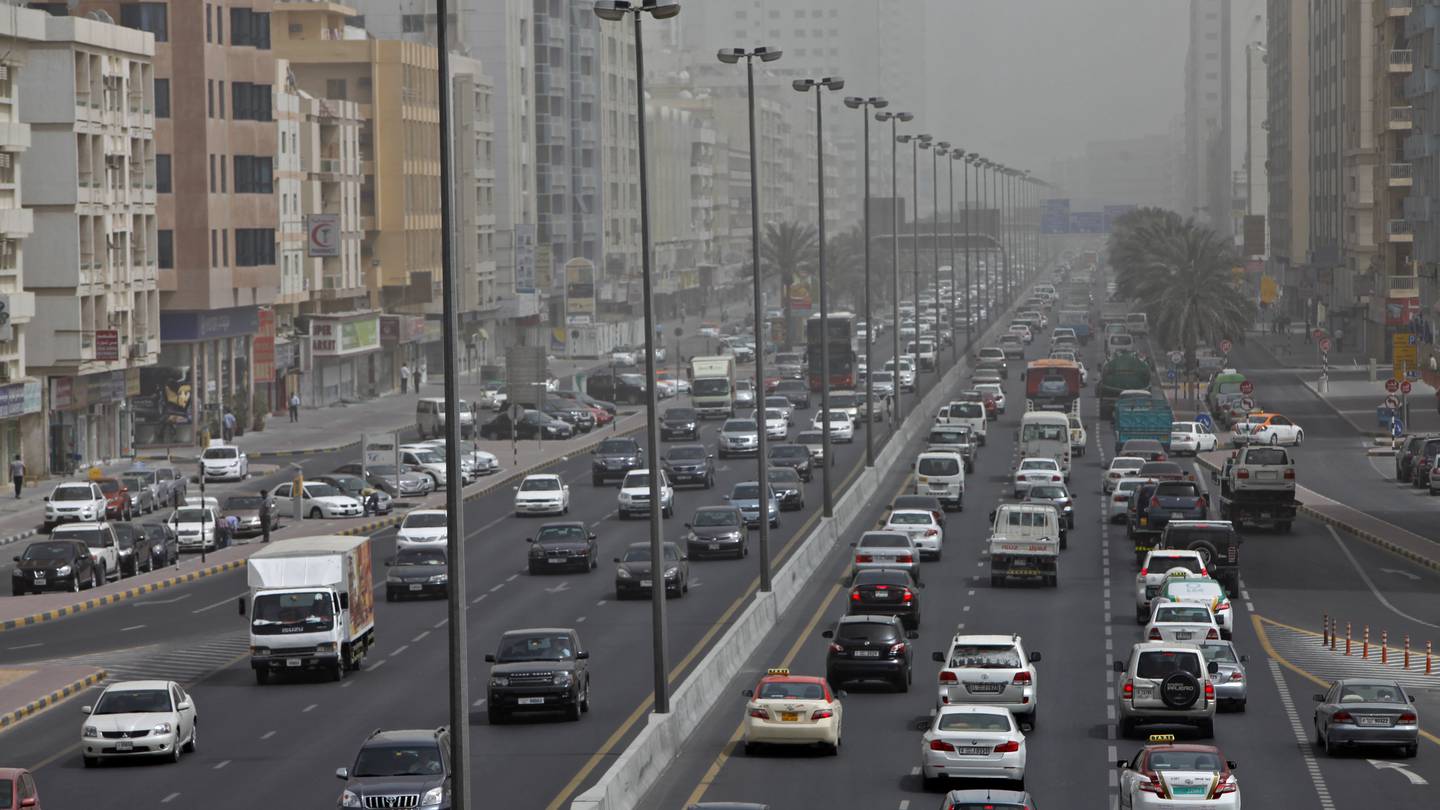 The three-day weekend and several exciting new projects in Sharjah have improved the work-life balance for many, but residents believe that having a metro and better connectivity can, to a large extent, solve the traffic problems they face.

Earlier this week households in Sharjah were encouraged to participate in a city-wide census by Sheikh Dr Sultan bin Muhammad Al Qasimi, Ruler of Sharjah, who said it would pave the way for more development projects.

When asked what projects they would like to see, people in the emirate told Of the Nation that a metro line connecting the emirate to Dubai would be beneficial.

Workers build an underground tunnel at Union Square Station, one of two underground stations where both Dubai Metro lines meet, in 2008. Reuters

An efficient, safe and cost-effective public transport system, replacement of roundabouts and bridges, construction of hospitals in remote areas and opening of schools outside popular school zones are some of the things on their wish list.

“The metro in Sharjah will not only reduce traffic congestion and end the one-hour commute to and from the emirate, but will also help protect the environment,” said Abdulrahman Saeed, 33, from Sudan.

“It also means more time with family and well-rested employees, who will be more productive.”

Yaqoob Al Hammadi, a retired education expert, agreed with Mr Abdulrahman that the metro is probably the best way to solve traffic problems in the city and to and from Dubai.

“It is important that Sharjah introduces a train or metro,” he said.

Another important project that people want to see put in place is the removal of school groups from limited areas.

“Several schools are in the same area and this is something that must be looked into,” Mr Al Hammad said.

Every day hundreds of parents pick up their children at the same time and from the same area, causing traffic jams that affect nearby districts.

“I used to send my children to school an hour early and pick them up an hour late to avoid traffic jams around their schools,” Mr Al Hammad said.

Yousif Saleem, 50, a father of two from Jordan, spends between three and four hours on the school run every day.

“My children study at Rosary private school in Muwaileh area, which is home to at least 20 schools,” he said.

“Can you imagine the number of cars on that road during drop-off and pick-up?”

“We are talking about schools, hospitals, better roads and supermarkets to give people living in these areas all the services they need,” he said.

“Even in the city, several local roads have not yet been built.”

The longest weekend in Sharjah – in pictures

Families enjoy their day off at Green Heaven Farm in Sharjah. Khushnum Bhandari / The National