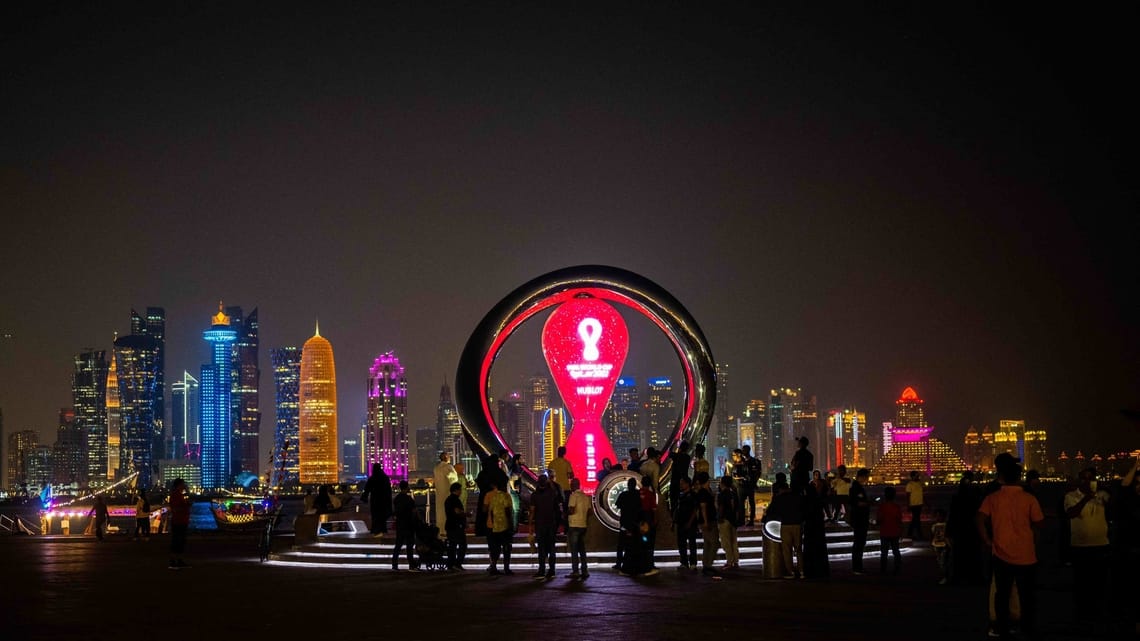 As Qatar busily prepares for the FIFA World Cup, the eyes of many locals this week are on its national padel team, a tennis-like sport that has taken the country by storm.

Five years after it was introduced to the small Gulf country, the doubles game is now its “fastest growing sport”, said Mohammed Saadon Alkuwari.

He plays for Qatar in this year’s World Championship which started in Dubai on Monday and ended on Saturday.

With hundreds of courts in public parks, malls, hotels, private homes and on towering rooftops, the new national craze is hard to miss.

Partly thanks to the success of Alkuwari and his brothers, who are professional padel players, Qatar has invested in the sport and hosted the World Padel Championship last year.

While the Qatar Padel Federation, which is part of the national tennis association, did not provide exact figures, Alkuwari told AFP he believed there were up to 100,000 pairs. amateurs and professionals in the country which has 2.8 million.

At Padel In, the Alkuwari club and his brother Khalid have opened, the courts now extend over a vast territory and remain open 24 hours a day.

“We have more than 24,000 players,” said the athlete and entrepreneur, noting an “exceptional” rate of Qatari padel players in a country where foreigners represent more than 80% of the population.

Padel is played in doubles on a court similar to tennis but smaller, enclosed by four walls. It was created in Mexico in the 1960s and entered Qatar in 2017.

Mohammed Alkuwari, ranked 159th in the world, making him the best Arab and Asian player in the world, first tried it during a visit to Dubai in 2016.

“It’s a very social sport, easy to learn, so much fun, and then you improve very quickly,” he told AFP at his club.

He got his brothers hooked and when the family built their first two outdoor courts in the capital Doha in the summer of 2017, “within two weeks they were sold out” despite scorching heat of around 50 degrees Celsius (120 Fahrenheit) .

Alkuwari, a TV presenter on beIN Sports, has also used his influence on social media to promote sports in Qatar.

“As a family, we have helped this sport to grow” and “to build a community in Qatar,” he said.

The Alkuwaris saw potential “commercially but also” for new players, he recalled.

“We started training, we traveled, we played… in Japan, in America, in Europe, so people started to see us taking it seriously”, helping others to “discover” padel and start playing too.

“Leaders” of the Middle East

Many have since joined, and state-owned Qatar Sports Investments this year launched its own professional tour, Premier Padel, which had its first edition in Doha in March.

Qatar was due to host the world championship for the second consecutive year, just weeks before the football tournament kicks off on November 20.

But the 2022 event has been moved to the United Arab Emirates “due to force majeure issues”, the International Padel Federation said.

Qatar is represented there by the men’s team, which includes Mohammed, Khalid and a third Alkuwari brother, Abdulaziz.

The Qataris won gold in a Middle East tournament in May but finished last out of 16 national teams qualifying for the 2021 World Championship.

“It is very important for us to be the leaders of this sport in this region, where the sport is developing very quickly,” Mohammed said.

In this year’s championship, against highly rated teams from Spain, Argentina and Brazil as well as Egypt and the United Arab Emirates, “our aim is to finish in the top 10”.