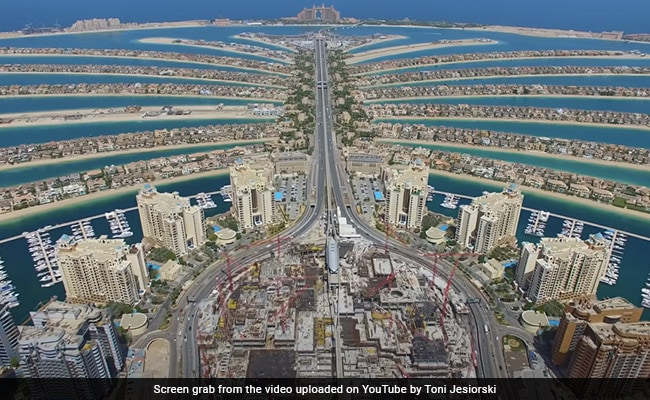 The Palm Jumeirah mansion, which sold for $82.35mn, is now the most expensive house ever sold in Dubai.

A luxury residence in Dubai has surpassed all previous buildings to become the most expensive residence ever sold in the Gulf emirate. Bloomberg information. According to Alpago Properties, the developer of the villa, Casa Del Sole on the Palm Jumeirah island in Dubai sold for $82.4 million in July. Due to privacy concerns, the company declined to identify the buyer. Although the mansion is currently under construction, it will include 15 garage spaces and 18 bathrooms.

According to Bloomberg, the property, known as Casa Del Sole, is located on Frond G of the Palm Jumeirah, a man-made island in Dubai that is shaped like a palm tree. Luxury resorts like St. Regis and Waldorf Astoria, as well as multi-million dollar residences, can be found on Dubai’s Palm Jumeirah.

Globally, the city and emirate of Dubai is well known for its high-end shopping, modern buildings, and lively nightlife. Dubai is emerging as a favorite market for the super-rich, whom the government has fully subsidized by offering long-term “golden visas” and relaxed home ownership restrictions for foreigners.

The property on Palm Jumeirah was bought earlier this year for Ambani’s youngest son, Anant, one of the people said, requesting anonymity because the transaction is private. The beachfront villa is located in the northern part of the artificial palm-shaped islands and has 10 bedrooms, a private spa, and indoor and outdoor pools, local media reported, without saying who the buyer was.

In addition to luxury homes, the Palm Jumeirah chain of islands includes luxury hotels, luxury clubs, spas, restaurants, and apartment towers with breathtaking views of the blue waters of the Persian Gulf. Its construction began in 2001, and the first residents moved in around 2007.

Dubai’s property market, which accounts for nearly a third of its economy, is recovering from a seven-year slump thanks to the city’s smart handling of the COVID-19 pandemic and initiatives aimed at giving expatriates a bigger role in the economy. Under the new law, investors can get a 10-year visa if they buy property worth at least 2 million dirhams.

Expatriates make up more than 80% of the United Arab Emirates’ population and have been the mainstay of the economy for decades, holding many private sector jobs and spending their money on property or shopping in some of the world’s biggest malls. Indians, in particular, are regularly listed among the top buyers of Dubai real estate.

(With comments from Bloomberg)